Are you one of those people who is frightened by the idea of traveling to a country where you don’t speak the language? Do you cringe at the thought of making some small faux pas? Do you wonder if you would be able to get around France on your own without a translator or guide? Are you letting your fears prevent you from visiting France? Well, I’m here to put those fears to rest once and for all.

Many years back I would have said that outside of major French cities you would be hard-pressed to find French people who spoke anything other than French well enough to understand a foreigner. You may have thought that you needed to master a lot more of the language when visiting France. But times have changed. I am constantly surprised by the French people around me who all of a sudden break into English with one of our students. This is when I turn to them and ask, “since when do you speak English?” In fact, I think it is probably much harder now for anyone who wants to genuinely learn French to not find someone who feels the need to practice his or her English instead.

You have a lot less to worry about these days when traveling in France even if you don’t speak French (well enough or at all). And the French will be much more forgiving if you keep these simple thoughts in mind:

The French don’t hate you

No, no, that apprehensive look on their face is not disdain. Actually, most of the French are much nicer than you’ve been told. Especially when you mind your manners. More likely they are afraid that you will obligate them to use their rusty English. Like you, they fear that if they utter two words in English, you’ll assume they are fluent. Be friendly (but not too friendly), and all will be well. 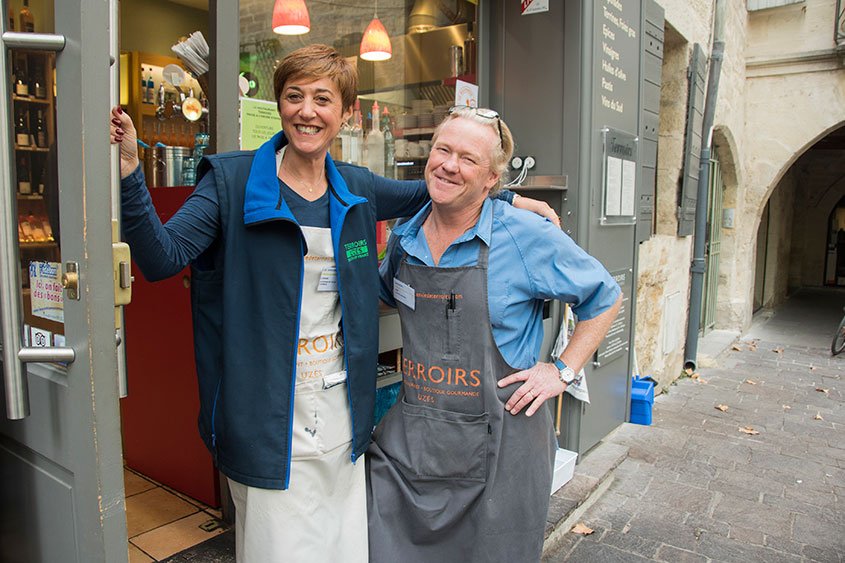 Say hello – even if they don’t reply

Bonjour! Let this be the first word on your lips – always! I do get frustrated when I say hello and someone does not reply but I keep doing it anyway because I mind my manners and so should you. And everything just starts off on the right foot when you kick off with bonjour.

Parlez-vous Anglais. They may respond with “a little” and you might find out just how little but it’s all part of the fun.

Please and thank you will open doors

S’il vous plaît. Merci and for added bonuses, merci beaucoup. To which they will likely reply “Je vous en prie” or “Avec plaisir” and be totally impressed with you.

You’re at a market, you want to take a shot or two of that gorgeous produce or the lovely vendor. You see that not so thrilled person on the receiving end? You may not be the first person to do it and you certainly won’t be the last. But if you want to turn that frown upside down, ask first. While there may be some grumpy person on the receiving end who says non, you will find that if you at least attempt to ask permission first, you’ll get more smiles than frowns. I won’t lie, I do forget this one myself.

The number of times I have seen people do something accidentally and say nothing because they are too afraid of not being understood, aie aie aie. Pardon will benefit you indeed when you bump into that person at the market when you need to ask a question etc. Excusez-moi helps too.

When visiting France or any other country that is foreign to you, give yourself a break. What do you have to lose? These people don’t know you and won’t tell your friends. Try with a few words. Ask someone how you say this or that. Have yourself a small repertoire of words in the event of an emergency language disaster.

The French really have come a long way and while English in schools is still comme çi comme ça, more and more French people are dusting off their worn-out English and giving it a whirl. And of course, if you are going to any place with tourists  – and truth be told, these days that is just about everywhere in France, you will find someone who understands you. If not, break out that Google translate app.

I know you think it’s easy for me to say seeing as how I am a bit of a polyglot but it is not as if I always go to places where I speak the language. But I feel more embarrassed by not at least trying than sounding like a fool. But that’s me.

Remember that life is too short, so get out there and explore this beautiful world.

Pick up more cultural tips with a market visit in Uzès followed by a French cooking lesson. You’ll learn more than Provençal Cuisine.  Book a Class in Uzès. 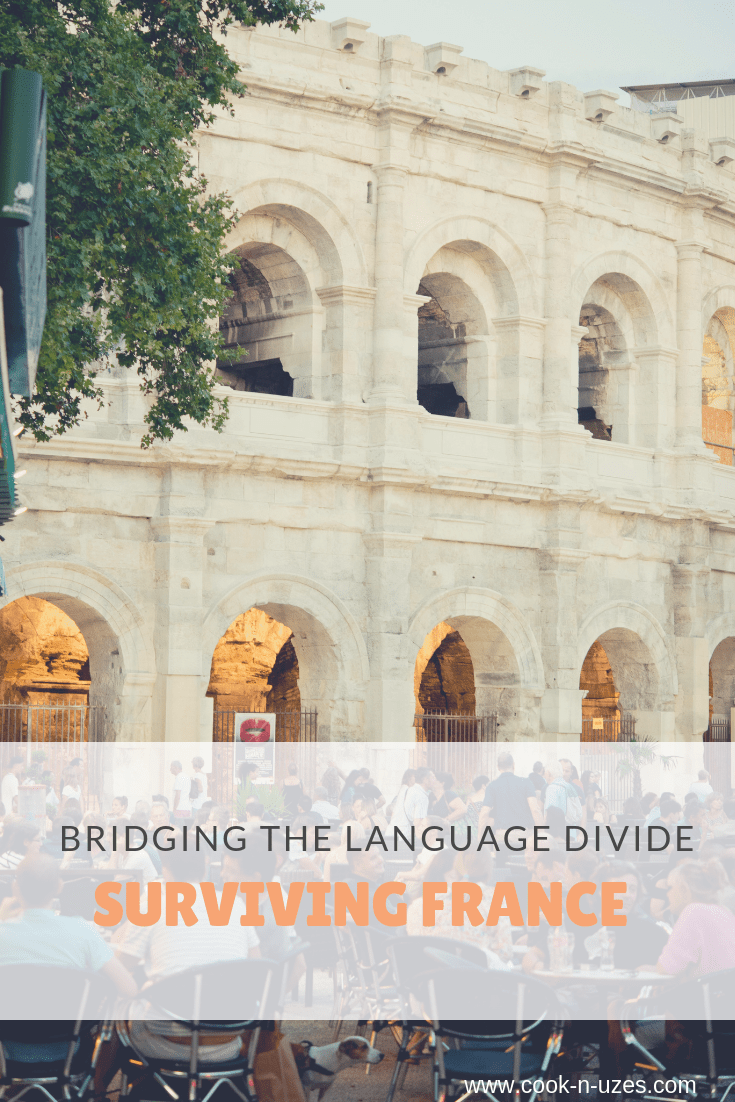 A 2-day virtual bread baking course taught by chef Eric. Master the art of bread baking from the comfort of your home kitchen. A bread-baking course for all lovers of great, homemade bread. Come bake delicious bread with us!
120€ / person for 2 days
BOOK NOW