While some of the larger cities in Spain have long been boasting a healthy share of organic produce, Seville seems to be a little slower on getting there – but it’s getting there.

The weather in Seville and greater Andalusia make going organic easier but change is hard so this area still remains better know for being the producers of all things Europeans crave at times of year they shouldn’t. The field of plastic covered hot houses in Andalusia can be heart-breaking to behold for anyone sensitive to the idea that you are what you eat and eating with the seasons is important, but a small wave is starting to take over and I believe that in time, it will be a Tsunami. Okay, I may be a little optimistic, but a girl can dream, no?

Having gotten used to sourcing organic vendors and shops while we were back in Uzès, where enjoying the spoils of the market  was so easy to do, I made it my mission to make a list for myself of where I could find organic food in Seville.

I thought I’d start sharing that list with you so when you too come to visit or live in Seville, you’ll know where to look. 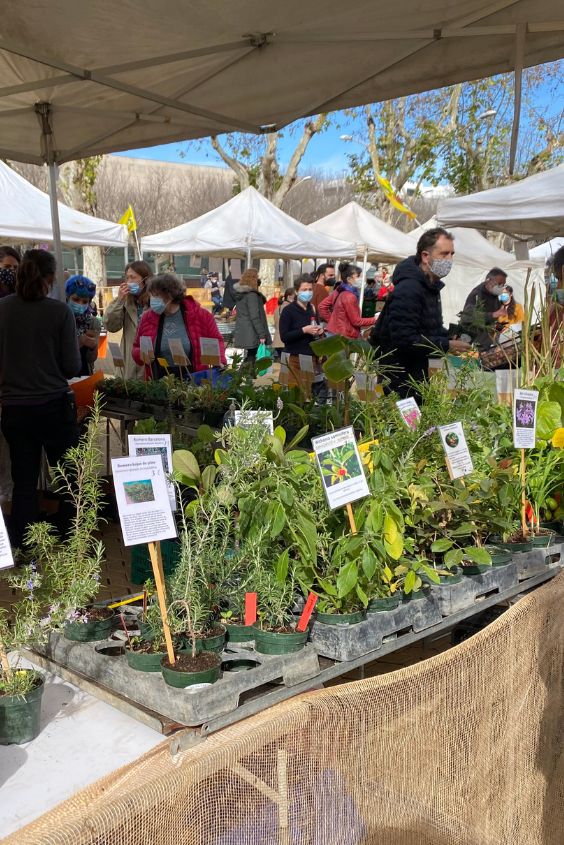 This bio shop has something for all of your bio needs!

Gaia has been around for quite some time now. Pioneers of the organic. movement in the city.

This is THE shop to head to for vegans in Sevilla!

For your bio tea and pasta needs.

7.Mercado del Arenal
Please be sure to see my friend Fernando of Verde Limon – he has a nice selection of organic produce from throughout the region. Be aware though that some of the bulk of his produce doesn’t get to him until after 11 am!

For ecological and artisanal produce.

9.La Ortiga, Cooperativa de Consumo Ecológico
You can shop freely but if you want to benefit from the reduced prices, you need to sign up for the coop membership which they will give back to you (assuming I understood properly), at the end. This is more logical for longer visits.

Once a month, second Saturday, taking place on the Plaza de la Alameda. You have to be patient or better yet, come early as the vendors serve one customer at a time rather than allowing you to bruise their wonderful goods.

11.Jarillo Lata Féria
Zero-waste shop, a place where you can pick up your laundry soap and containers without worrying too much about the negative impact of plastic consumption. They moved earlier in 2022 to a larger location and have added to their inventory. Come with your jars and containers or grab some of the small ones they have at the entrance. 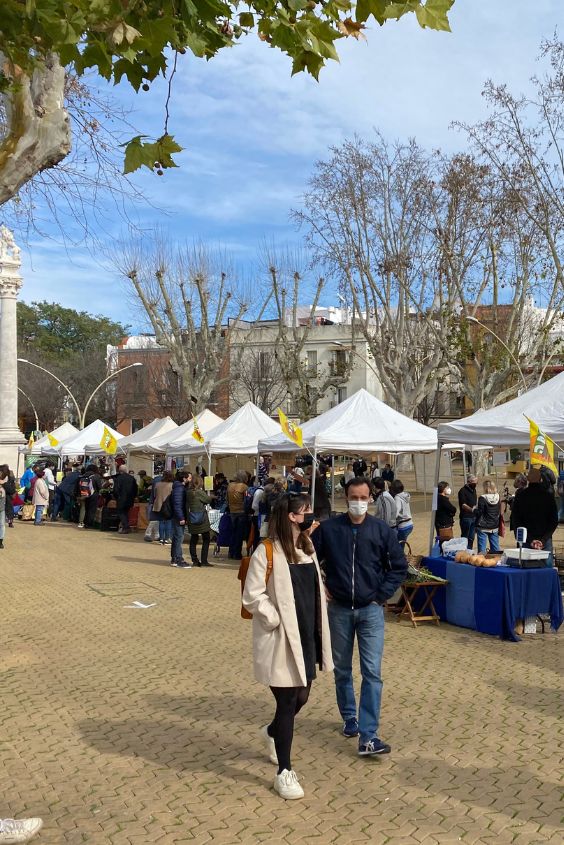 15.Organic Wine
Our friend Oscar, a former Sevilla FC football player decided to jump into wine but not just any wine, organic wine. He is a certified wine specialist and after opening his first shop in Calle Feria has now opened a second location in Calle Baños. Both offer in-house tasting and tapas so pass by for great advice and fabulous Spanish wine. De Sur a Norte: 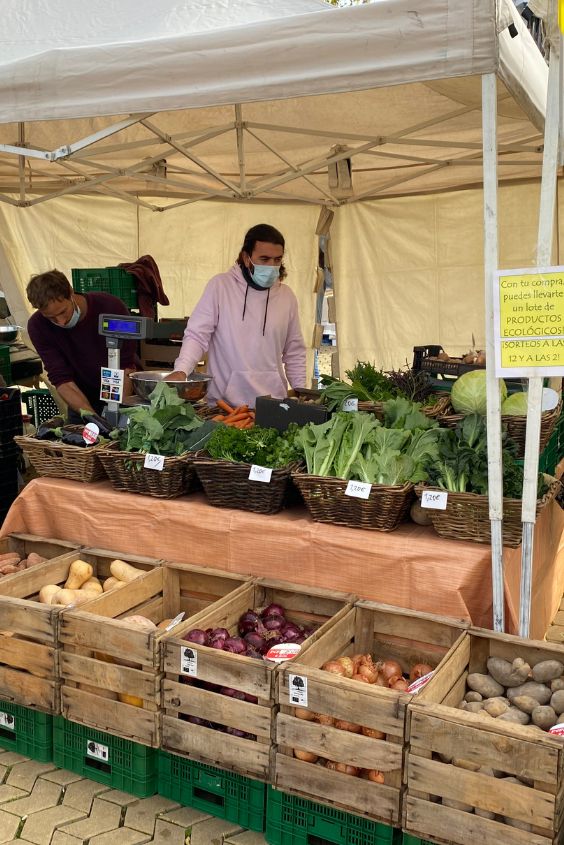