The 6th of January marks the Epiphany for Christians worldwide and as France’s history is steeped in Christian culture, you will find that many present day traditions which emerged from France’s rich religious past, are still followed – at least symbolically and particularly when there is food involved. So it is for the day of kings (three kings if we want to be really specific). As you can imagine with many of France’s traditional celebrations, there is food evolved, this time in the form of the galette des rois and the brioche des rois. Chef Eric tells us a bit about the food behind this day.

Instead of the regular and classic Pithiviers (galettes des Rois) made with puff pastry and almond paste filling that many of you are already familiar with, we chose this year to make the Brioche des Rois.

As usual in France, the same tradition can change at the table depending on what region of the country you happen to live in. In this case, whether you are North or South.

Yes all over France we celebrate ‘’les Rois’’, but in the south especially, they serve a Brioche, flavored with orange blossom essence and topped with candied fruits….

The tradition is the same, you invite over friends or family and… 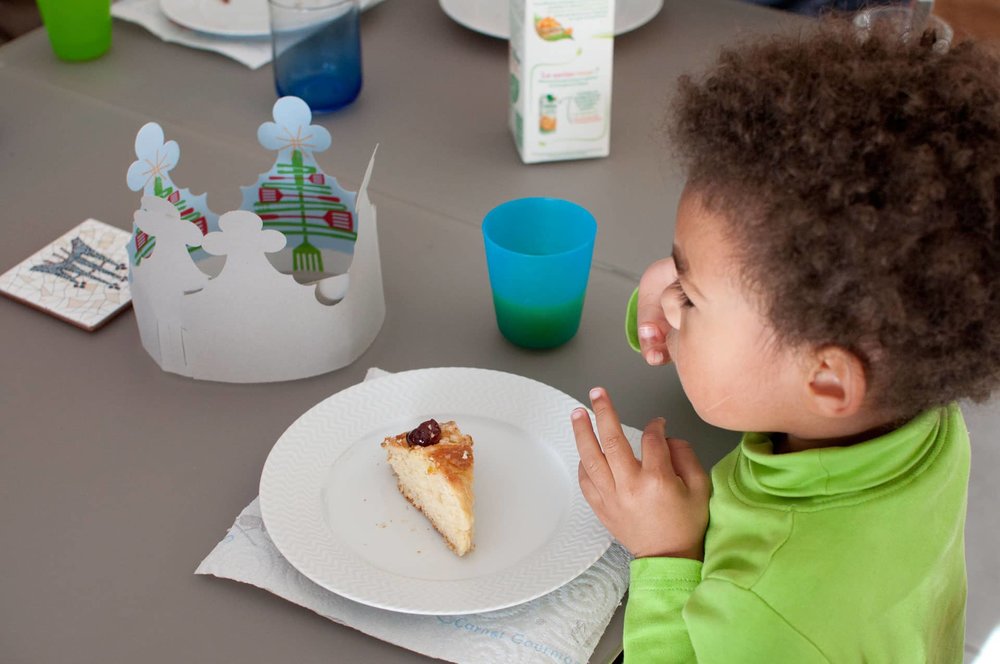 The youngest person in the group goes under the table and decides who gets the piece of cake that has been cut.

Then everybody enjoys the cake, one of the happy guests will surely find ‘’la fève’’, (fève: because it use to be a dry bean and now the fève is a small ceramic figurine, or a coin (in gold if possible), and is justly rewarded.

The person who has the fève is the new King or Queen for the day … He or She can choose his Queen or King (we are modern after all in France) and then we coronate them.

Finally the person who got the fève has to buy or bake a new galette or brioche des Rois the following week and invite the same group of people over – what can I say we hate to see the feast end.

Sometimes you get lucky and get invited 2 or 3 times during the month of January… in February it is over – you can finally start that New Year’s resolution. 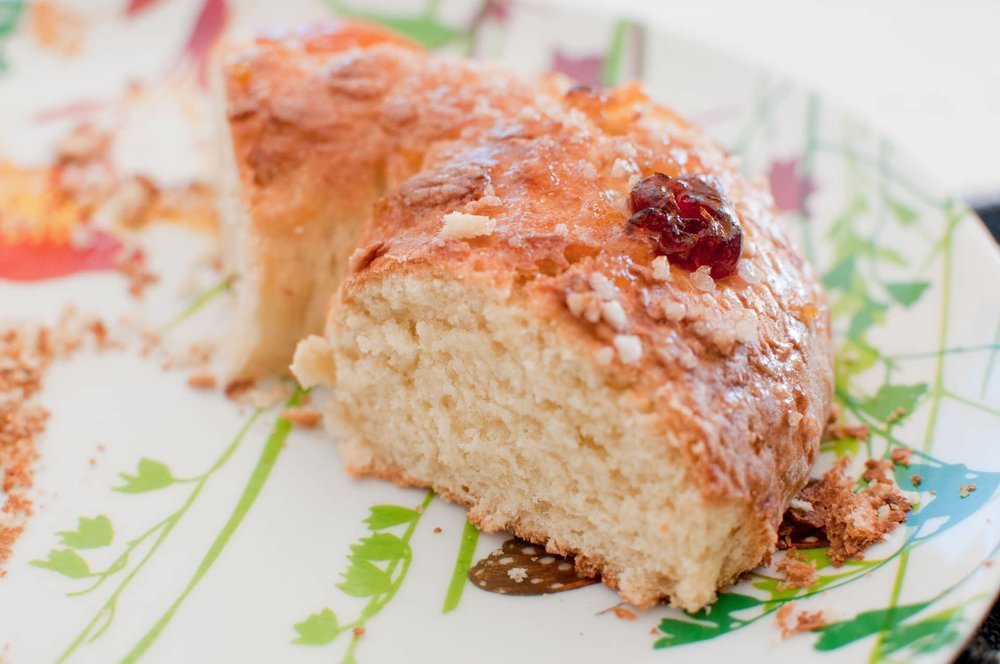 I recommend drinking a light tea with a brioche des Rois.

If you would like to make your very own delicious Brioche des Rois, you’ll want to grab my recipe below:

Mix using a kitchenmaid with a dough hook or knead by hand, all the ingredients except the butter. Make a nice soft ball and let rest 10 minutes.
Add the butter, mix well (or knead well by hand), and let rest in a bowl in the fridge overnight.

The day you bake & serve it:

Take it out of the fridge and let rest 30 minutes, knead again, add the bean and make a large crown (like a big bagel)

Brush the dough with a little bit of cold milk and add the sugar and the candied fruits.

Let ‘proof’ 2 hours at room temp, avoid any cold air. (I did it in the cold oven with a bowl of hot water to warm up).

For more great recipes be sure to visit our recipe site.

Traveling to Avignon,  Uzès, or Nîmes? Join us for a French cooking class in Uzès. 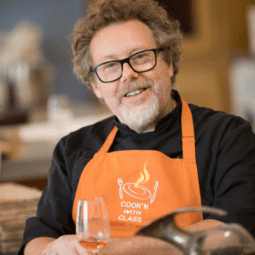 After many years of working abroad in Mexico, Canada, & the United States as an executive chef of high-end international hotels, our head chef-instructor, and your culinary guide, Chef Eric Fraudeau returned to his native France. He opened his first French cooking school, Cook’n With Class Paris in 2007 in Paris with a passion to share his many years of expertise with fellow food lovers from around the world. He strongly believes that to truly understand a culture, you need to know its food. Visiting the markets is a good way to start. His international experience and love of travel brings flavor, talent, and humor to his culinary experiences through Let's Eat The World.

An online quick French bread baking class. Join our chef in preparing easy to make French bread rolls from the comfort of your home kitchen. This is a one day class. Learn bread recipes that you can customize & make your own.
60€ /person
BOOK NOW

A 2-day virtual bread baking course taught by chef Eric. Master the art of bread baking from the comfort of your home kitchen. A bread-baking course for all lovers of great, homemade bread. Come bake delicious bread with us!
120€ / person for 2 days
BOOK NOW