Uzès is a wonderful little town, tucked away in the hills in the south of France, and surrounded by vineyards and nature. Even though it is a small town, it makes the perfect destination since there are so many things to do nearby! Here are the top 11 things to do in and around Uzès:

The Pont du Gard is a 2000-year-old aqueduct that used to carry water from the Pays d’Uzès and Pays de Pont du Gard to the city of Nîmes, which was an important Roman foothold in France hence its earned nickname of the “Rome française” (the Rome of France). The Pont du Gard is a UNESCO world heritage site and has been preserved in pristine condition. It hosts many events throughout the year. Get to know more about the Pont du Gard here. Be sure to check their calendar for events! 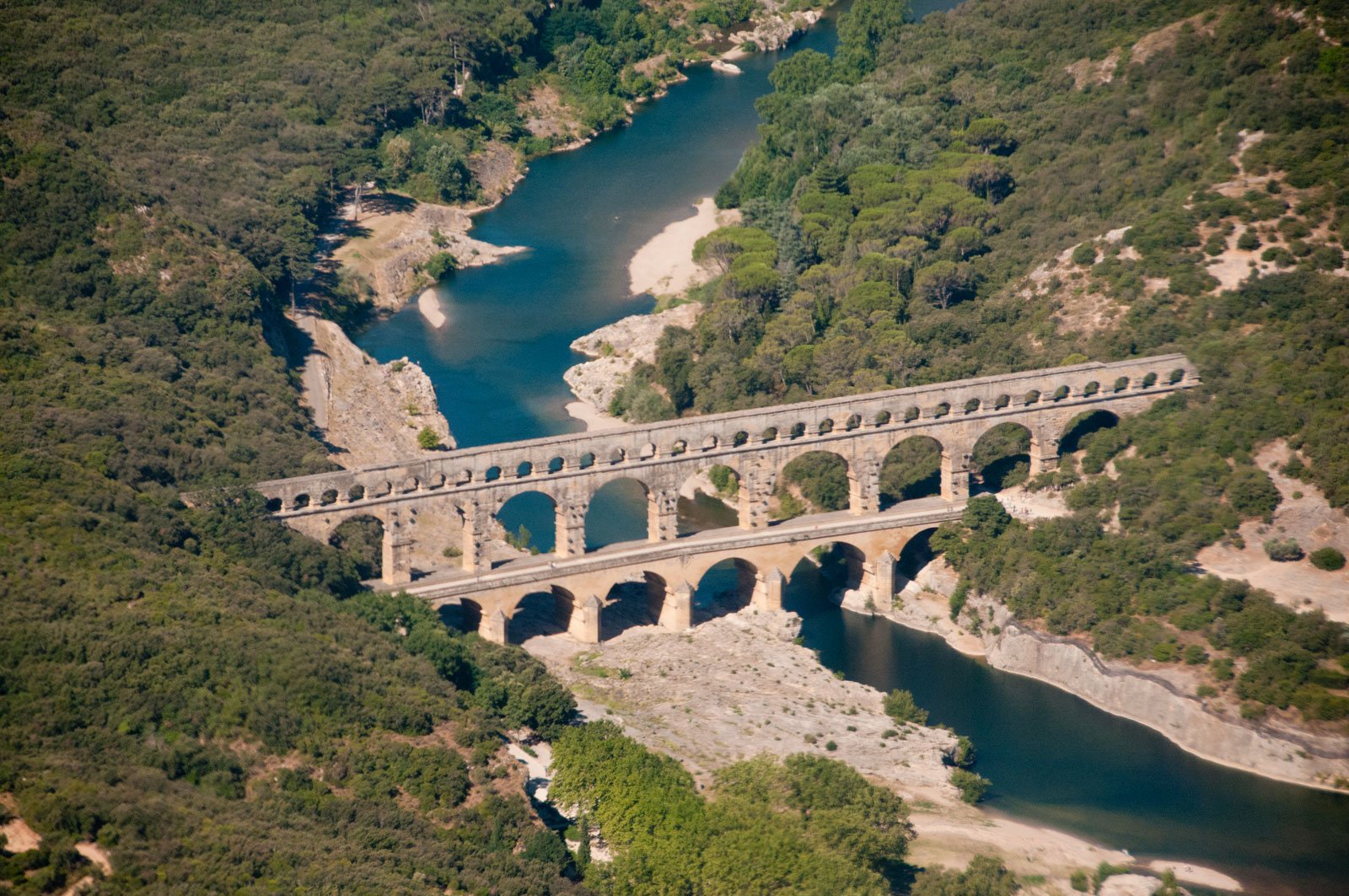 2. Canoeing under the Pont du Gard:

If you want a new perspective of the Pont du Gard, while lazily paddling along the river Gardon, then this is the perfect activity for you. Drive a few minutes past the Pont du Gard and you will see a few canoe rental companies. The trip along the river is about 8 kilometres and will take you around 90 minutes to do at a lazy pace. But we recommend you pack yourself a picnic and stop somewhere along the river bank to enjoy the food and the scenery. The end point is clearly marked and the rental companies have buses to ferry you back to their parking. Learn more about it here. 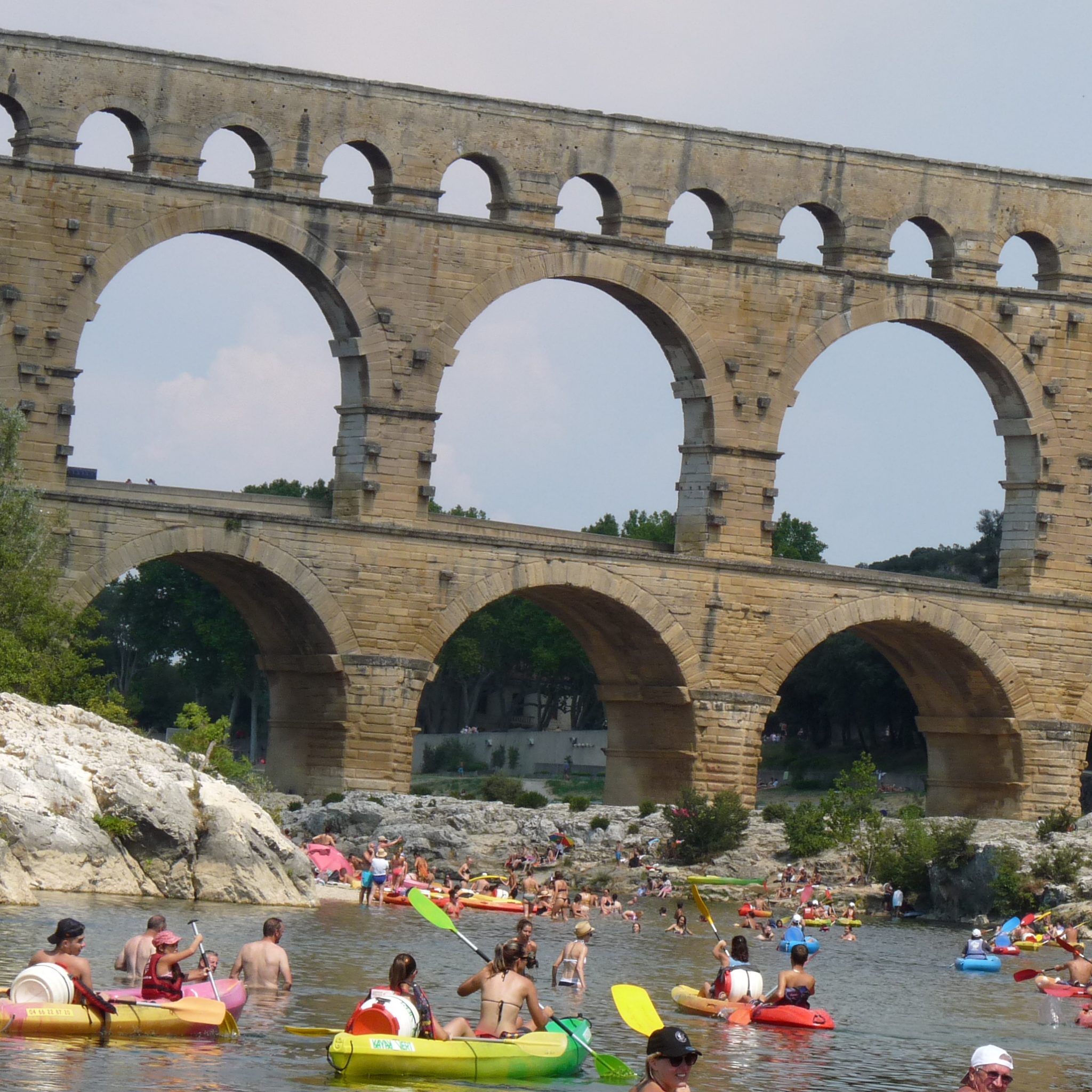 Nîmes – Rome française is just half an hour drive away from Uzès. Nîmes is home to several well preserved architectural marvels from the Roman empire, the most important one being the Arène de Nîmes (the Roman Arena). The arena hosts many concerts and events in Nîmes including a gladiator show! Nîmes is also home to many museums including the newly opened, Musée de la Romanité. Learn more about Nîmes from their official site here. 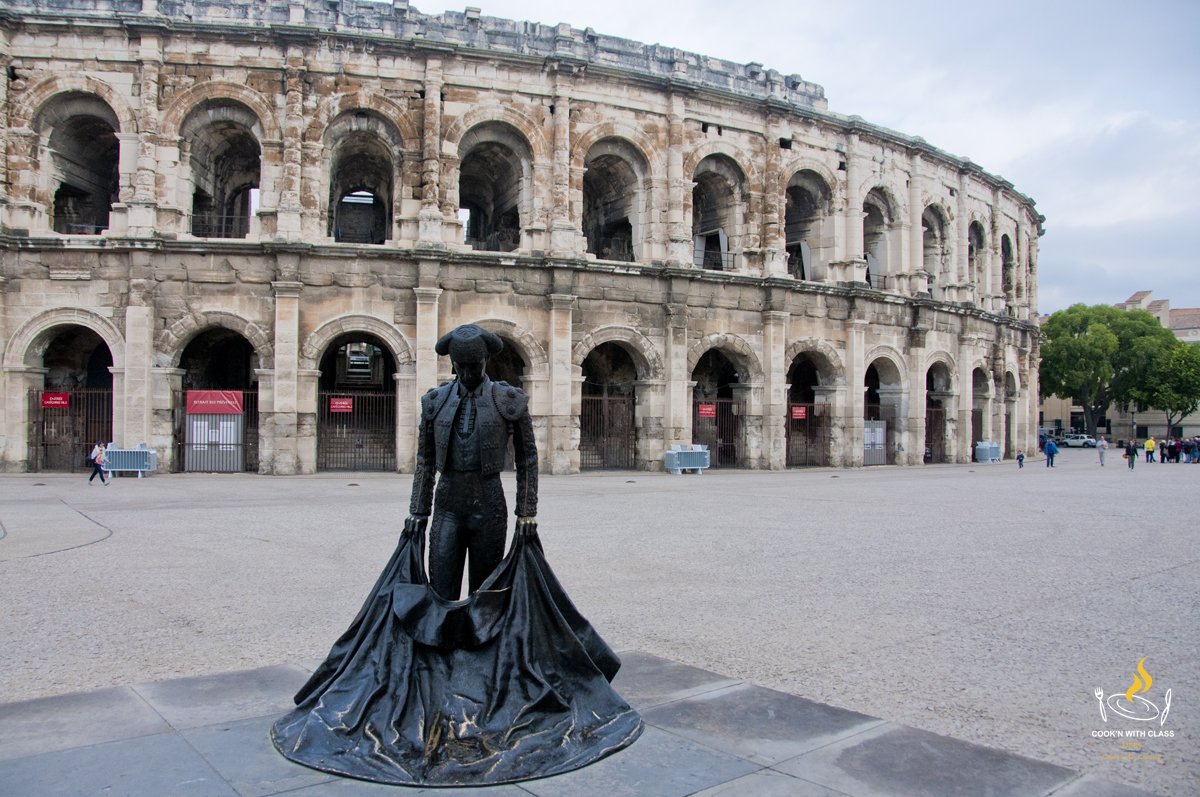 4. The salt fields of Aigues Mortes:

Aigues Mortes is a commune a fortified Camarguaise city whose impressive medieval walls can be admired from afar. One of the major industries of Aigues Mortes is sel de Camargue (sea salt of Camargue). Aigues Mortes is home to wonderful salt fields and graceful pink flamingos. You will see piles and piles of salt and the varying colours of the waters (due to its inhabitants the pink shrimp) which all come together to make for a magical place to visit. Find out more about Aigues Mortes here. 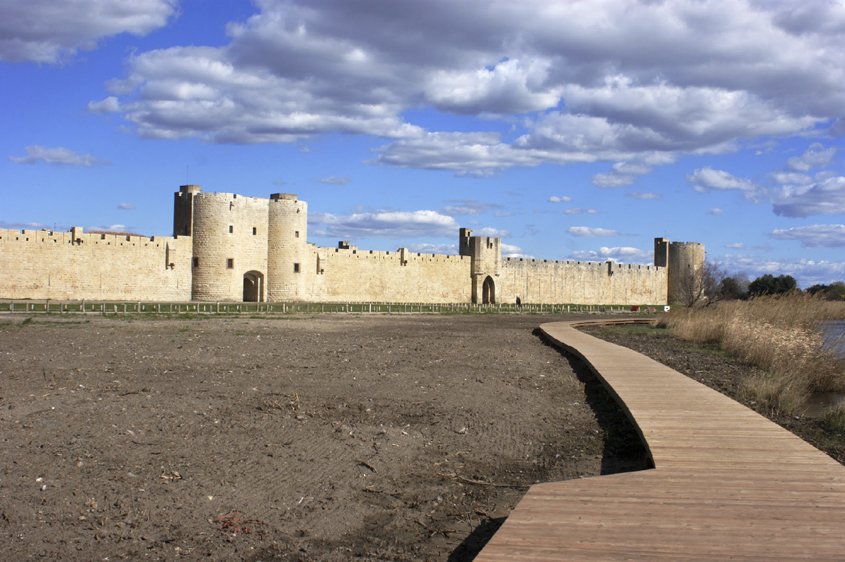 5. Guided tour in the legendary 2CV:

Guided Tours in Uzès with Ailleurs et Uzès. Join Florian Stoll, a local guide and Uzès native in exploring the region around Uzès in his Citroën 2CV. Florian speaks German and French and although he claims his English is rusty, he gets on just fine. Learn more about Florian and the tour here. 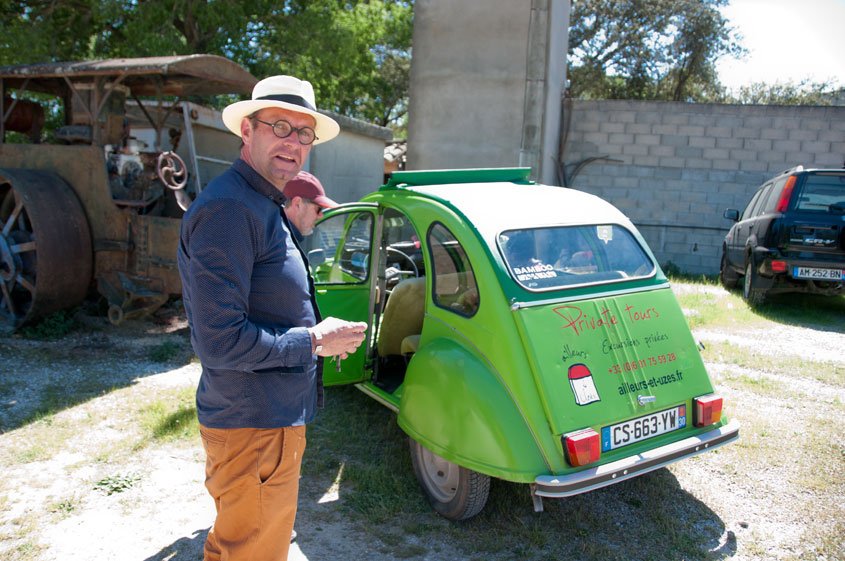 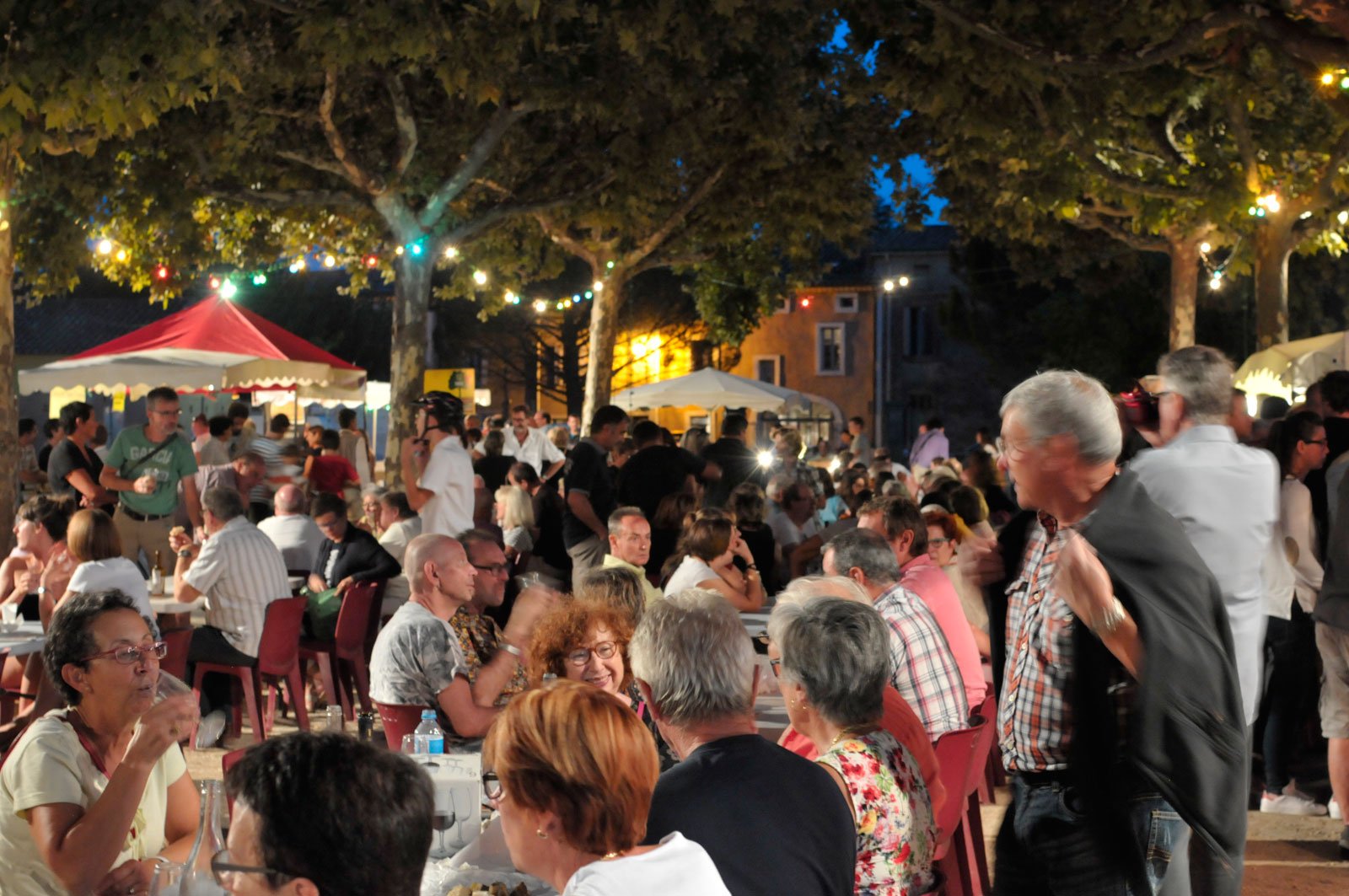 The Palais des Papes is one of the marvels of Avignon and acts as a centre for many exhibitions, including an amazing light and sound show. Experience the paintings and the stained glass windows inside the palace and be in awe of the craftsmanship that it took to build such a massive monument. Learn more about the Palais des Papes here.

Visit the palace of the Duke of Uzès (in the 1st Duchy of France) and take in the amazing panoramic views. Explore the narrow medieval side streets and fall in love with the many small shops and cafes in town. Take in the medieval architecture while sipping on some wine or some coffee. Or visit the local markets on Wednesdays and Saturdays and be treated to the freshest local produce. Learn more here. 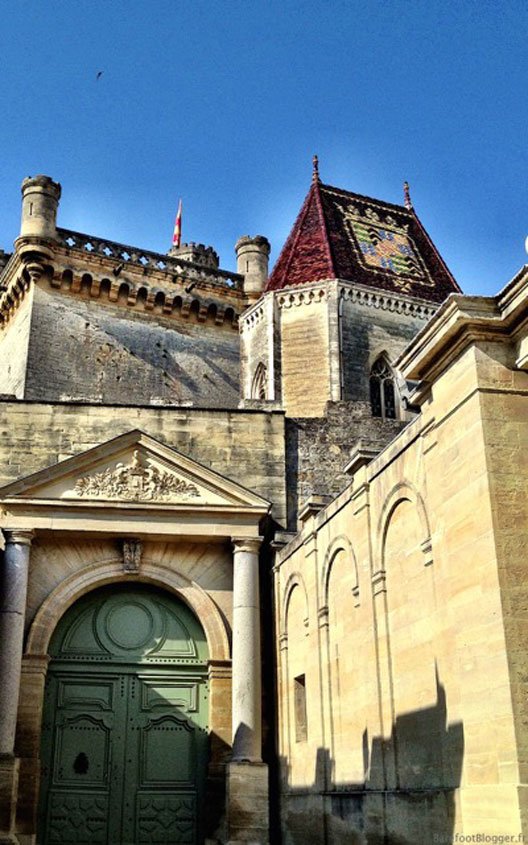 Carrières de Lumières (Lights Quarries) offers each year, new sounds & lights show to the delight of the general public – not to mention that they are a great place to cool down during the Summer heat. Come and explore the carrières with us here.

11. Steam Train of the Cevennes:

Enjoy a fabulous ride in the steam train of Cevennes and let yourself be taken back in time while you enjoy the fabulous views of the Cevennes mountain range! The train takes you through 18 different stations (but don’t worry it does not stop at them all). There are 3 stops at which you can disembark, one of them being the Bambouseraie with its amazing botanical garden and its greenhouse boutique. You can find more information on the train here. 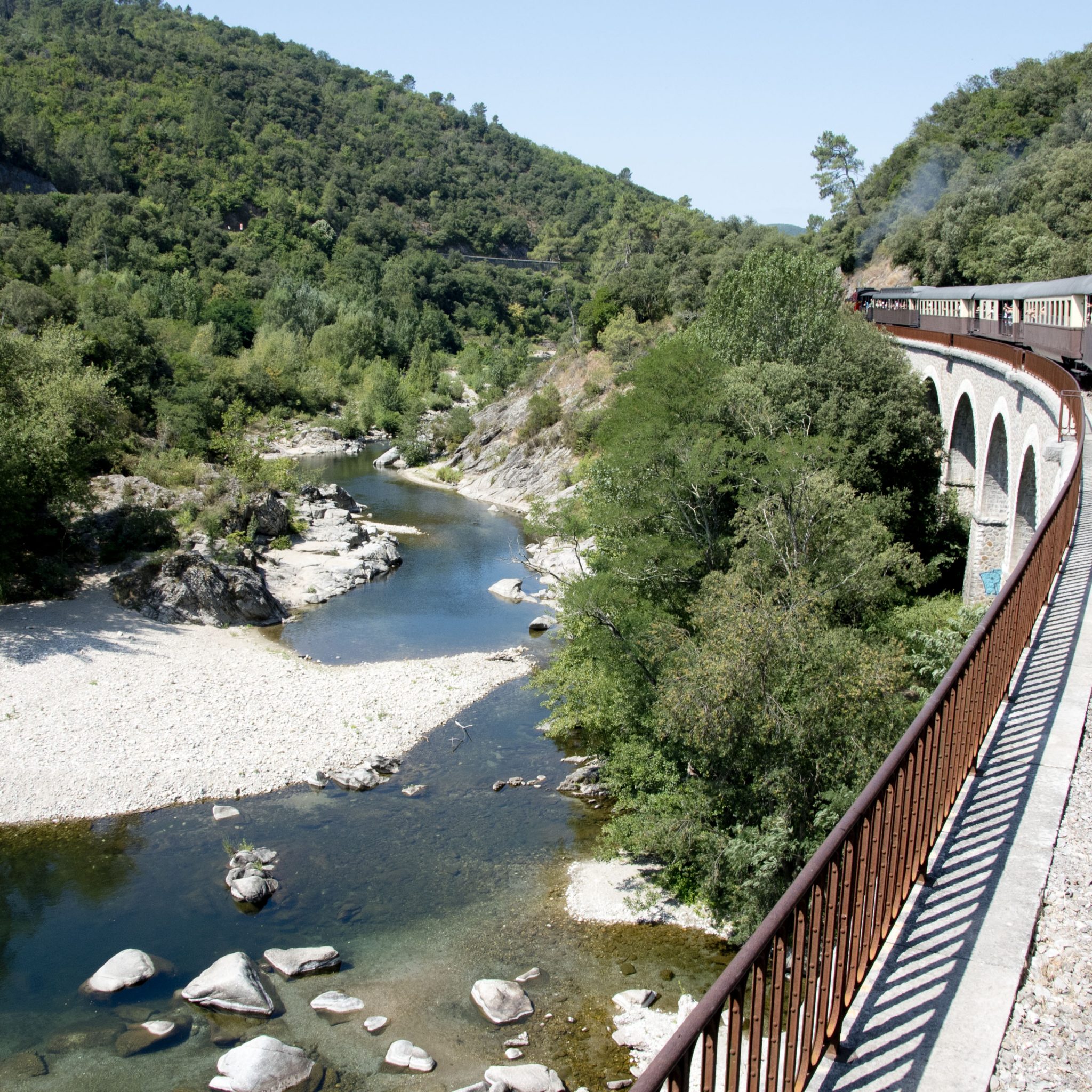