Shh! Uzès has a secret. Well not really a secret but something that I am not sure most visitors to the Pays d’Uzès, know about, think about or visit. But boy are they missing out! The locals know it – some better than others and maybe the scarce bits of information you will find when you do a search online are deliberate. After all, who wants a horde of people strapping around your piece of paradise when you can keep it to yourself.

First Impressions can be misleading

When we first arrived in Uzès, I was convinced that there was a lack of public green spaces that didn’t require driving for 20 minutes or more. Having taken my son to the only park the city has (or so I thought), which at the time had some sparse playground* equipment and some dodgy looking people hanging about, I shook my head, thinking, what a pity. Sure there was an outdoor pool ready for use in the Summer months. And yes, the fountain on the Place aux Herbes is a delight for the kiddies to dip their hands into, what I call the pigeon toilet, in the Summer-time and run around in circles when empty in the Fall & Winter. But what else could you do with your little ones if in town or if you haven’t rented some amazing villa with a huge garden? You could take them to Arpaillargues to the Musée 1900 – they do have a few antique toys that the kids can climb and I particularly love this collection of interesting and unusual things from the past. Or if you a gluten for punishment, go spend a sugar-filled afternoon at the Haribo candy museum and try not to eat all the kiddies candy. But there had to be a better way to expend their energy and relax, no?

When I made my rather debutante remark to a native local, she was quick to rebuke me and inform me that there was this magical place called the “Vallée de l’Eure”. I had no idea how it was spelled at the time and so I simply nodded, thinking she had said “le vallée de l’Or”. Now since the Vallée de l’Or actually exists, but nowhere near Uzès (it’s in Québec, Canada), it took me a while to finally figure it out and actually find put two and two together. And you thought it was only you who had trouble with French. I have since been to the valley on numerous occasions but it was not until recently that I actually explored it. Shame on me!

What’s the big deal about this valley?

So what is this Vallée de l’Eure anyway, and how do you get there? You’ve perhaps heard of the Pont du Gard? You know that this grandiose Romain aqueduct purpose in life was to bring water from the Pays du Pont du Gard to Nîmes? Well, the Vallée de l’Eure which is a public municipal park contains the vestiges of another less fancy looking aqueduct that linked Uzès to Nîmes via the Pont du Gard. Not too shabby, right? Some amateur archaeologists came upon the ruins, which you can still see in a remarkably well-preserved though somewhat fragile state, in 1991. While the grounds of the valley, which sits below Uzès are well taken care of, none of the ruins you will see there have been restored in any way. Take a look at the treetops of the Vallée de l’Eure from the parking lot of the Saint Théodorite church or from the parking lot behind the Tribunal d’Instance (les Marroniers).

In my numerous visits to the valley, which hosts a number of festivities including being one of the preferred departure sights for the air balloons flying over Uzès, I had merely scratched the surface. It took almost 3 years before I finally went wandering further afield within the valley to discover its charms – and oh how charming it is.

Come take a visual tour with me through the Vallé de l’Eure and be sure to check it out yourself next time you are in town. A great place for a picnic, a hike or doing sports. Please though, don’t feed the swans and ducks. Visit our Instagram page where you’ll find more photos of Uzès.

To get down to the Vallée de L’Eure, leaving Uzès, heading to Saint Quentin-la-Poterie on D982 (Avenue Maxime Pascal), you’ll be driving above the valley and will take your first right off the route to enter it. From Uzès, without a car, take the footpath that runs alongside the lavoir (the public wash-house), Chemin André Gide, all the way down into the valley. I have not yet personally taken this route but here’s a photo from google.

Most information you will find on the Vallée de l’Eure is in French but you can just head off on an adventure of discovery or use this hiking route (in English). If you like hikes, this is for you. We came across Camargue horses, A chateau-hotel I didn’t know existed, and plenty of nature. Really, what more could you ask for?

Some things to take note of during your visit:

Le bassin de régulation – a mason-built valve which regulated the water pressure in the aqueduct (you are advised not to either climb on top of it or go into it (oops!), as it is fragile. You can catch a lovely glimpse of the entire work seated on the terrace above.

Above the moulin, you have the Tour Fenestrelle (I think I also saw this referred to as the Tour du XIIe Siècle (the 12th-century tower), which served as a lookout. Now serves as a nice perch for passing birds. 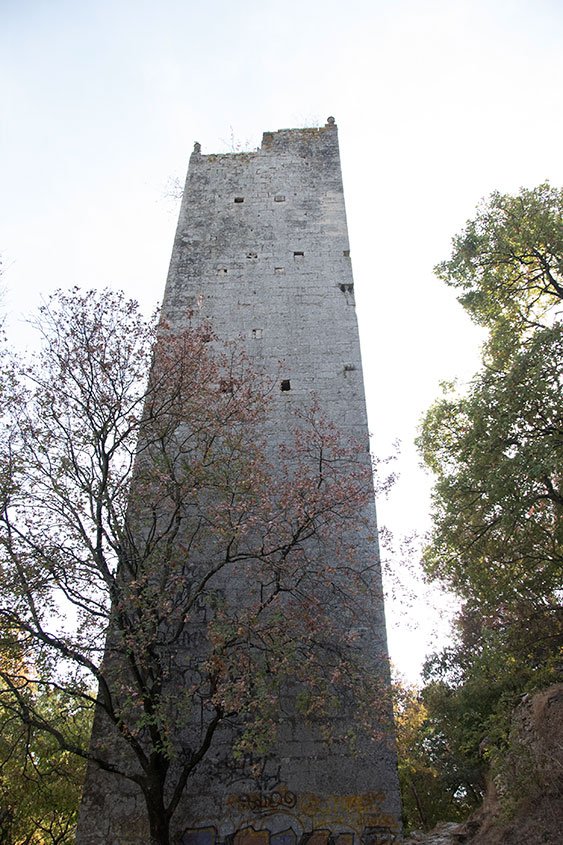 If you can peak over the wall, check out the magnificent Chateau Bérard, a rental property with apparently 4 apartments for rent. The property sits on 1 hectare of land in one of the most beautiful settings.

I’ve taken the liberty to translate from the Cevennes en Rondonnee, with these great tips on hiking in the Vallée de l’Eure.

*The playground in Uzès has been renovated and there is now even some exercise equipment if you feel you need a gym workout. 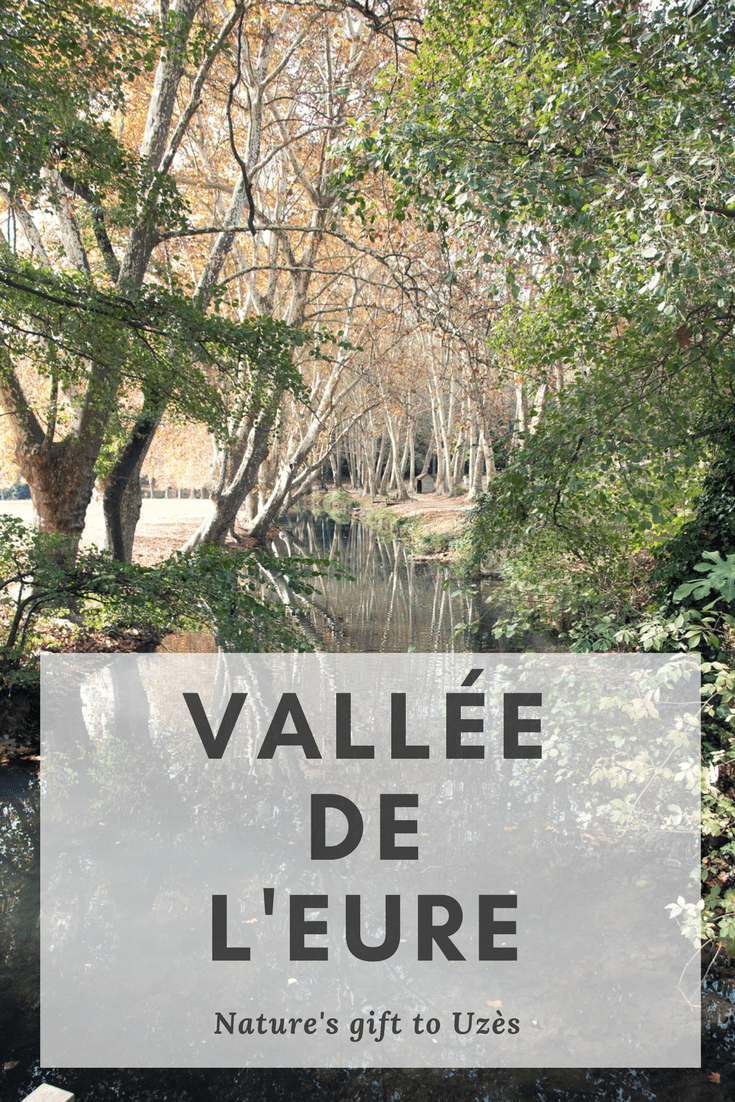 Next time you are in Uzès, be sure to also check out our French cooking classes taught in small groups in English. Book a class today.