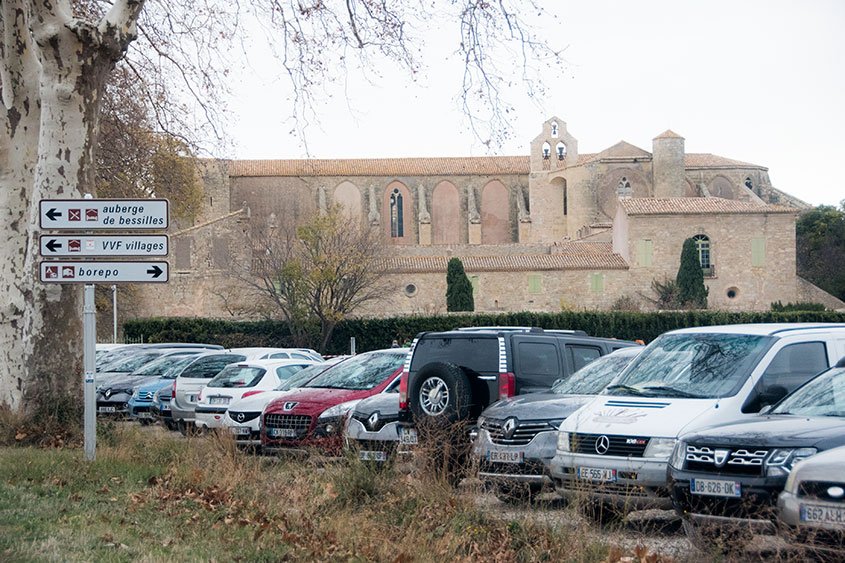 I love exploring Christmas markets. Yes, sometimes they tend to be repetitive but I like the energy around them. Communication around here involves more papers and posters than I’m used to, and sometimes information on the internet (even though I speak French), can be sparse. But there is always something going on and it seems a shame to miss out. Good thing there are online magazines and newsletters like the Languedoc Living to keep us up to date. And for those who don’t speak French well enough yet, or are newly arrived and learning, it is a great resource.

When I heard about the Cracker Fair that Languedoc Living was organizing, I was keen to check it out. Why Cracker Fair? I believe the fair was named for the Christmas Cracker – that delightful British party favor that you pull at either end to reveal, with a bang, the goodies inside. While the Cracker Fair did not have many crackers as far as I could tell, it was still a harmonious Franco-Britanique mixture of taste and sights.

This year’s fair took place on December 2nd and 3rd at the Valmagne Abbey located near Villeveyrac, is a former Benedictine monastery that is classed as a historical monument. It has its own winery (monks and their wine), a restaurant and offers a magical setting for special events including concerts and wedding banquets.

Having never been before, I didn’t know what to expect. But Eric had heard of the Abbey and it was on his to-see list, so it was perfect. Bravo to team Languedoc Living for organizing this year’s fair in such an enchanting setting.

When the Fraudeaus go to market

Going to at least one Christmas market each season is a bit of a tradition in our house. Some of us go more begrudgingly than others. We sometimes have different goals once at the market. But let’s be honest we both judge a Christmas market as much by its food & drink as by its gift ideas (maybe even more). And the food stalls are usually the first places we visit, in part because we have an every-hungry toddler on our hands and simply because c’est le risque du metier as the French say (occupational hazard if you will). The Cracker Fair did not disappoint.

I was informed by a fellow fair-going friend, the Barefoot Blogger, that there would be fish and chips. While we are lucky enough in Uzès to have the lovely restaurant TEN which also serves up fish & chips (minty peas and all), I had to try THE fish and chips, as I was duly informed by a gentleman in line behind me. I even managed to introduce a Frenchman, who had never tasted fish and chips, to this oh so British specialty.

We tasted l’eau de coing (a quince fruit liqueur), some ham, a roasted pork sandwich that reminded Eric vaguely of a visit to Borough Market in London. Of course, we picked up a few items to continue enjoying at home and managed to snag a Christmas gift or two for family and friends.

And of course, there was the vin chaud. The smell alone evokes memories of Christmas markets past. It was certainly a good place to kick off the market visit. Add a few flakes of snow and we almost forgot we were in the south of France.

What I really loved about this market was its authenticity. Over 200 stands were both inside and outside of the abbey’s interior walls and I think it is safe to say that there was no Made in China. Now I have nothing against China or against some of the goods we get from there. I certainly have plenty at home whether by choice or not. But what was great here was that you could tell the goods were artisanal. It felt real. Hardworking people were peddling their wares and it was a pleasure to see. I wish my pockets were fuller so I could have contributed to their art more.

A few cities in France, most notably, Paris, altered their Christmas market plans this year in search of something more authentic. While many were disappointed (vendors especially), by the canceling of the Champs Elysées market, which personally was not at all the best, there are still plenty of other Paris Christmas markets in the city of light to enjoy. Avignon is another city that changed its Christmas program though I’m not certain it was for the same reasons.

Every Christmas since before the birth of our son, I have been trying to get at least one new ornament per year. Sometimes I can’t resist and I buy way more than 1. These beautiful and mostly artisanal ornaments have long since replaced the mass produced ones that started off our Christmas celebrations back in Paris in 2003. 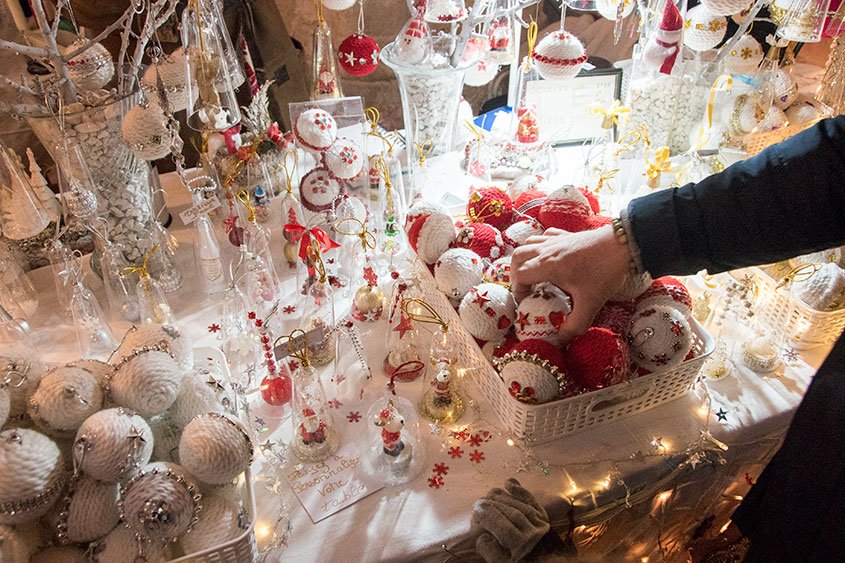 While it may seem odd to kick off the French Christmas season with a very Anglo-Saxon affair, we discovered that there were just as many French participants at the Cracker Fair. The melange of traditions is what we love. And we’ll still be sure to save room for the Provencal 13 desserts

The Valmagne Abbey  (you’ll get more information if you can read in French), is worth a visit outside of grand events like this one. And while I don’t know where next year’s Cracker Fair will be, you can count on me being there. See you next year and Happy Christmas, Joyeux Noël, Merry Christmas. 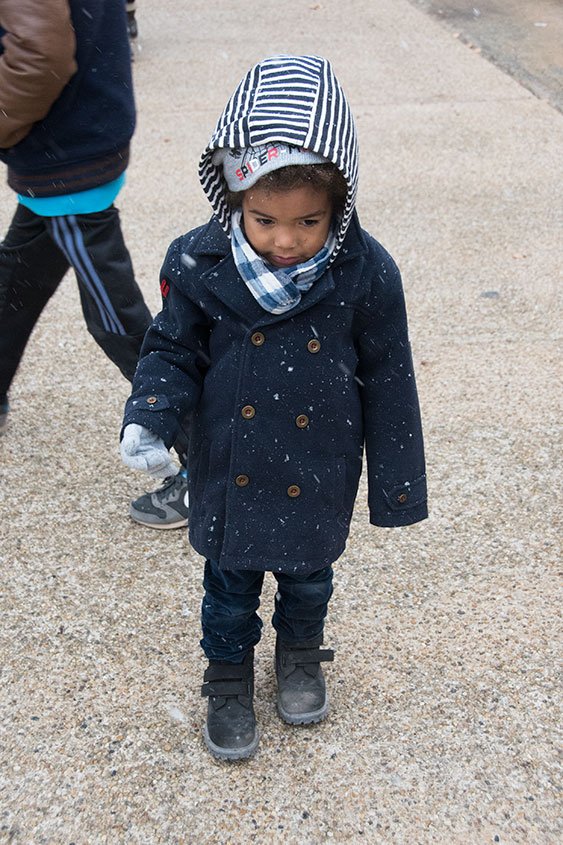 Calling All Collectors – Antique Fairs in the south of France

Antiquing in the South of France – Tips & Recommendations