Mediterranean Cuisine is so popular that even a diet was named after it.

Mediterranean Cuisine is used to define the cuisine of all countries bordering the Mediterranean sea so that includes in part,  France, Italy, Spain, Greece, the countries of North Africa & even Croatia. The most predominant common ingredient in the foods of these different countries is olive oil.

However, though the cuisine we do if French, Mediterranean Cuisine is a cross-cultural cuisine. You will find a crossover between the “member countries”. Preserved lemons for example, originates from the North African countries but you will also find it in the South of France. Saffron comes predominantly from the Middle East & Almonds which are thought to have perhaps originated in Asia but were introduced to Europe by North Africans. 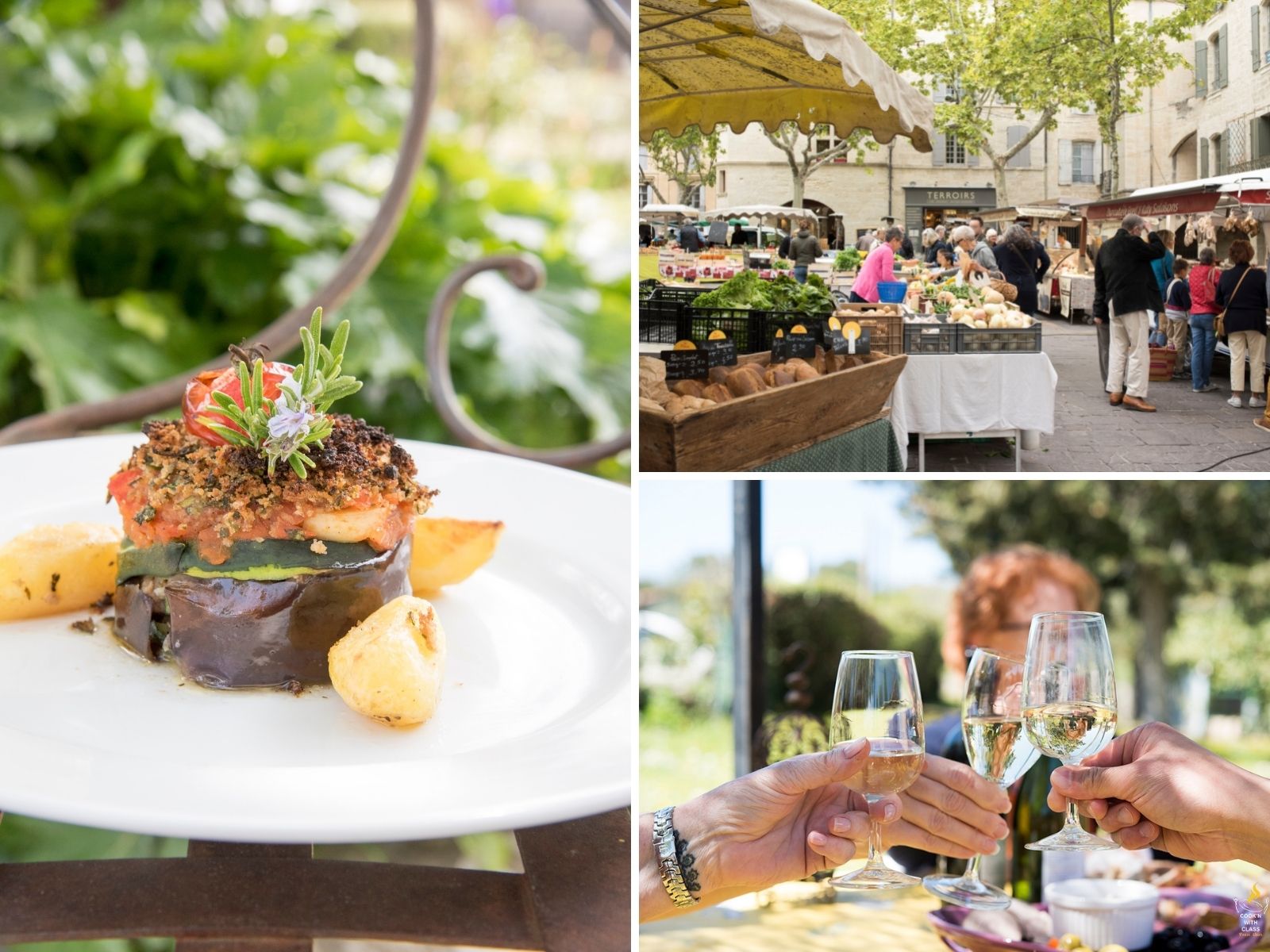 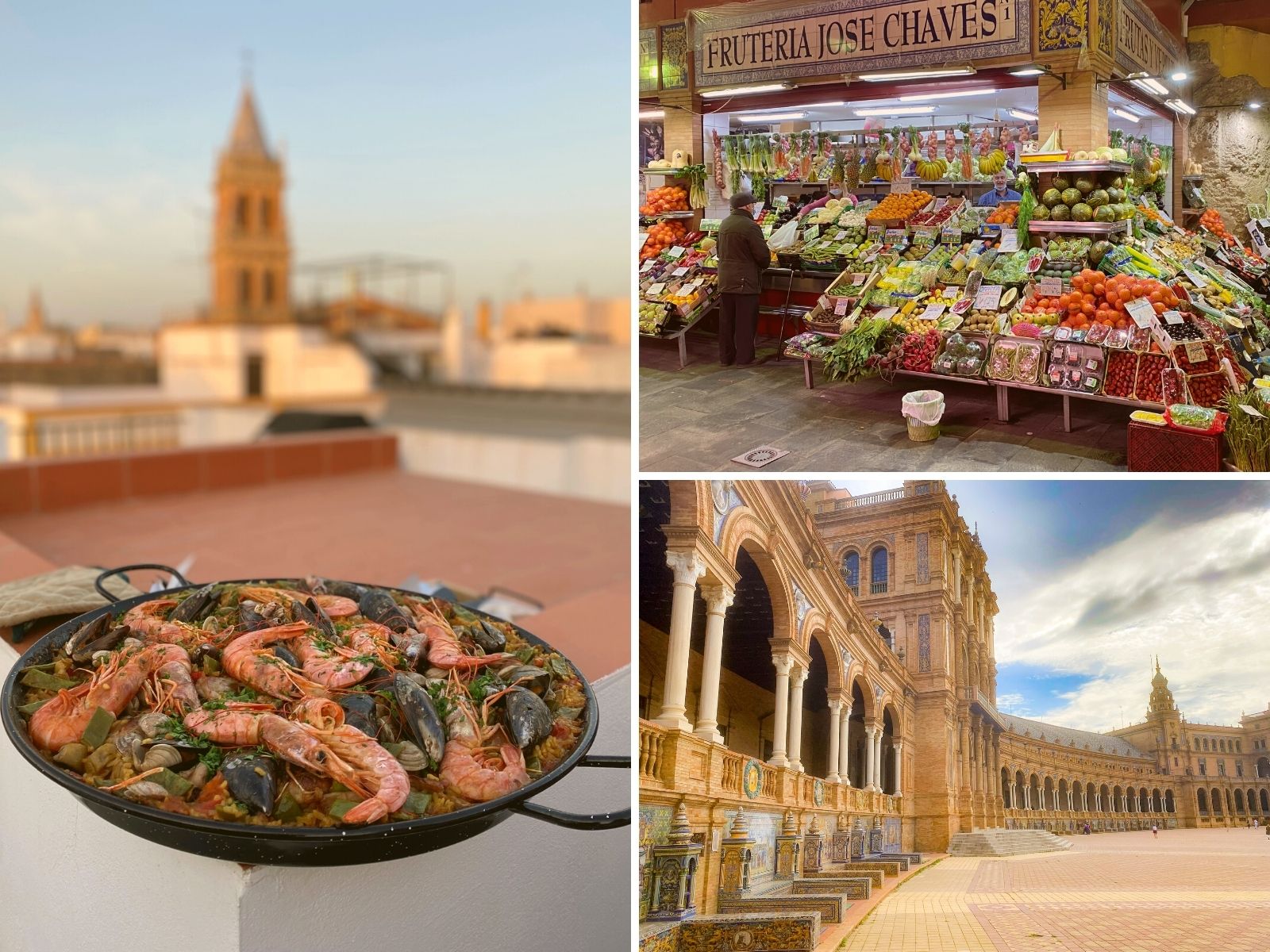 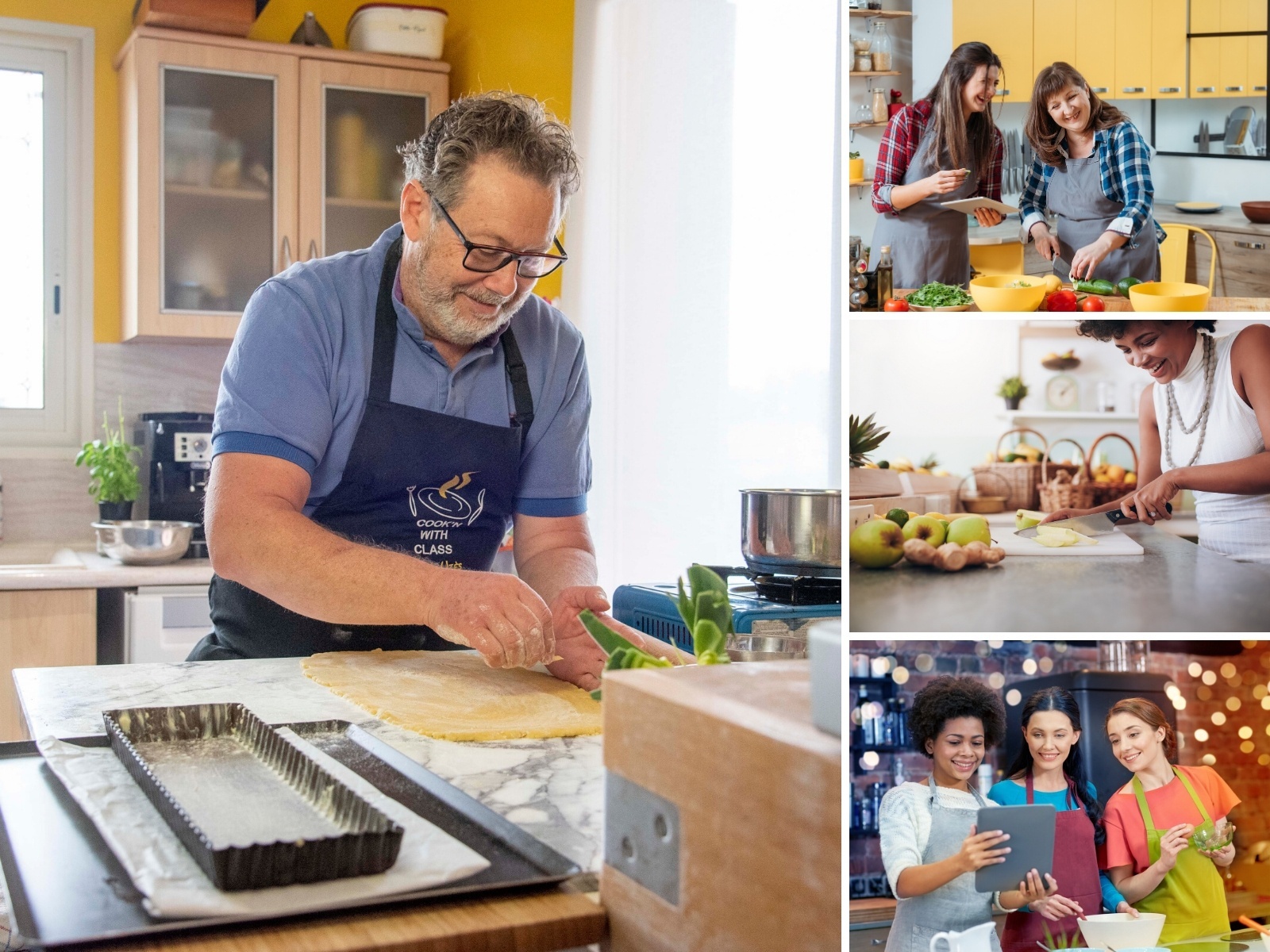 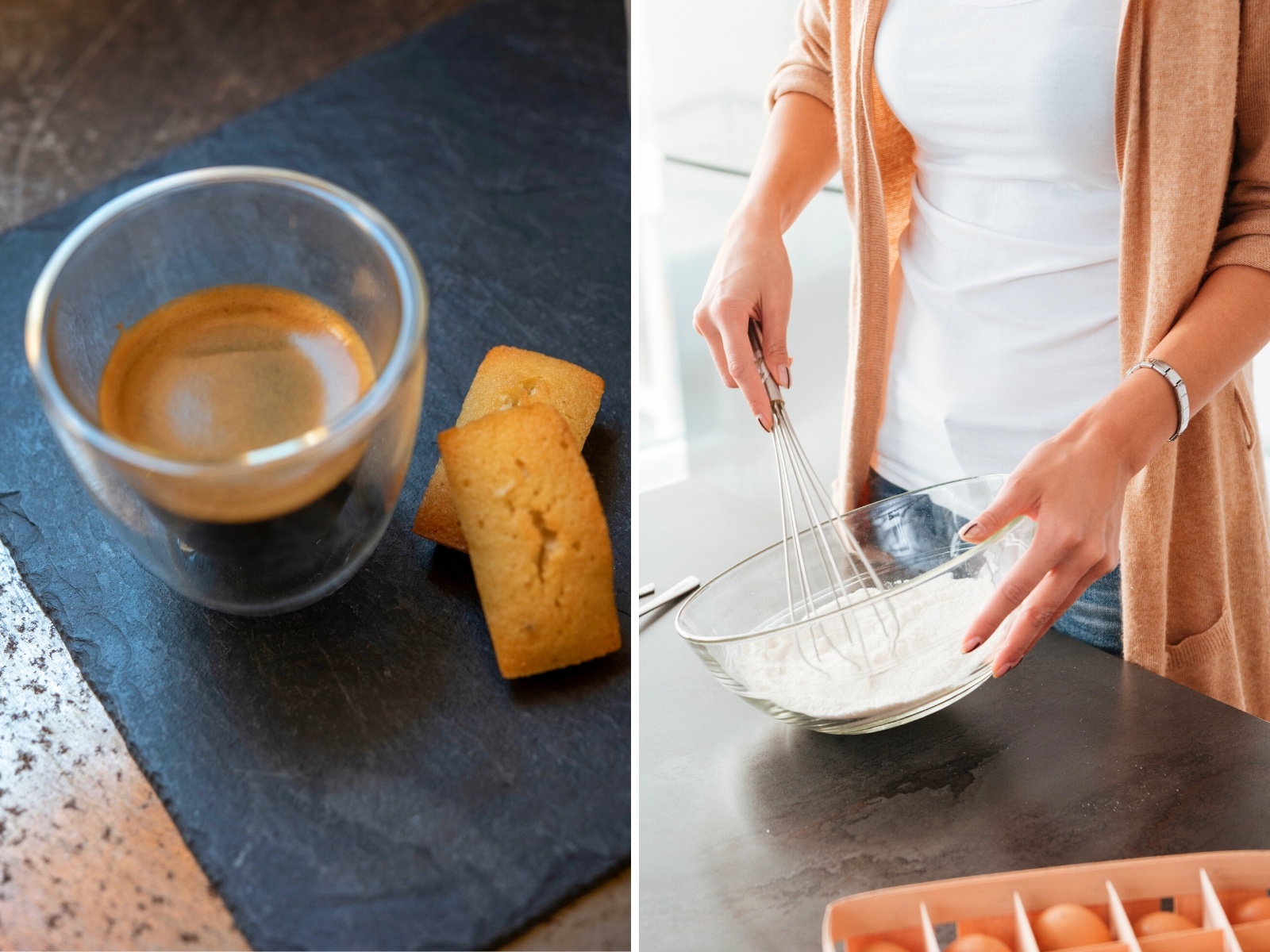 A FREE virtual French dessert demo where French tea cakes & cookies and more. Yummy, hands-on, and interactive. Join us from your home kitchen! 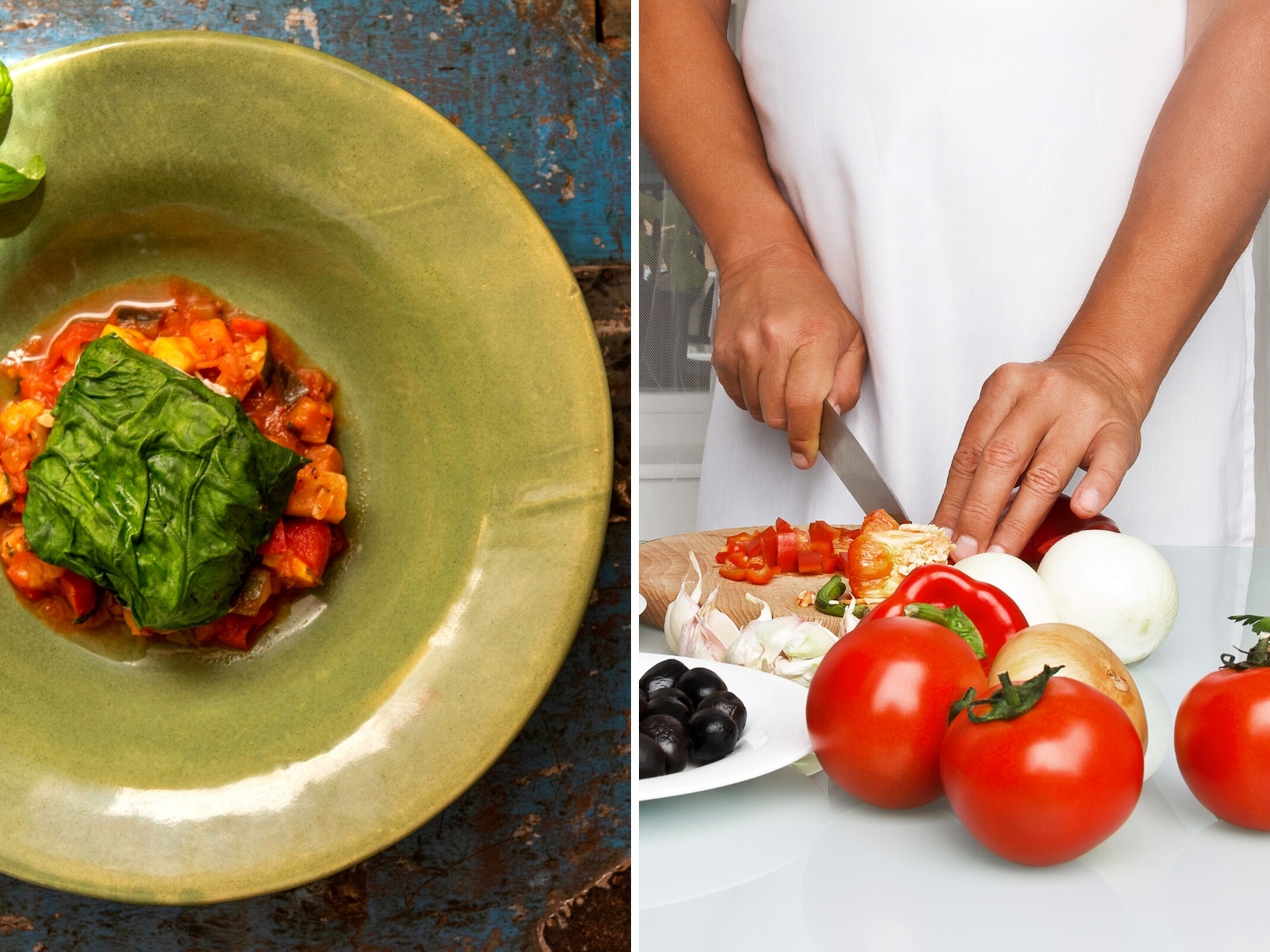 Meet your chef for lunch or dinner in France in this online FREE French cooking class demo. We’re bringing the taste of France to your home kitchen. Prepare delicious French recipes. Learn French classics with us online. 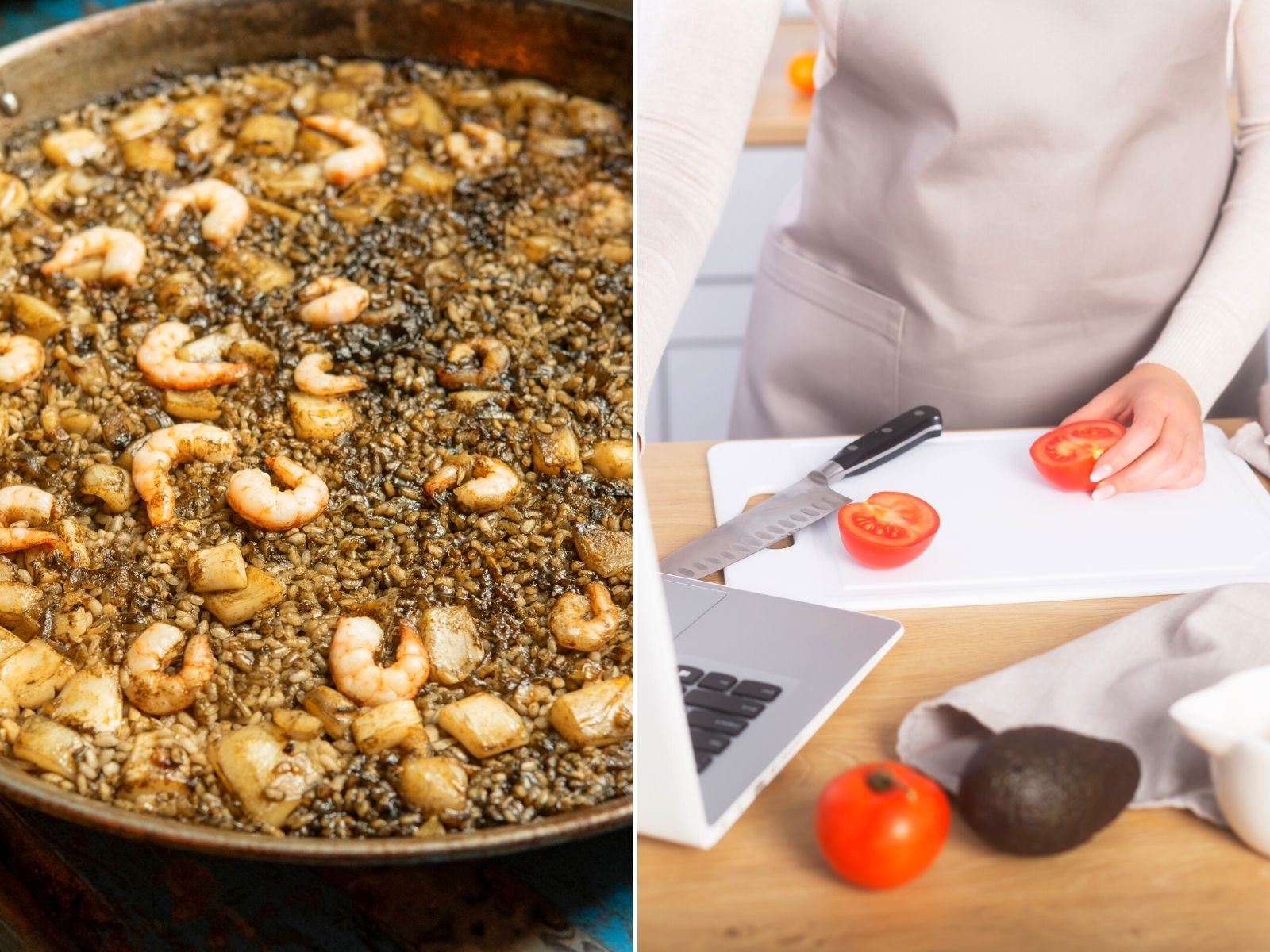 Are you ready a bit of Olé? We’re taking you to Spain! Say hello to our online Spanish cooking class. A taste of Spanish cuisine beyond tapas. Prepare a delicious Spanish recipes. LIVE, FREE, & fun. Come taste with us! 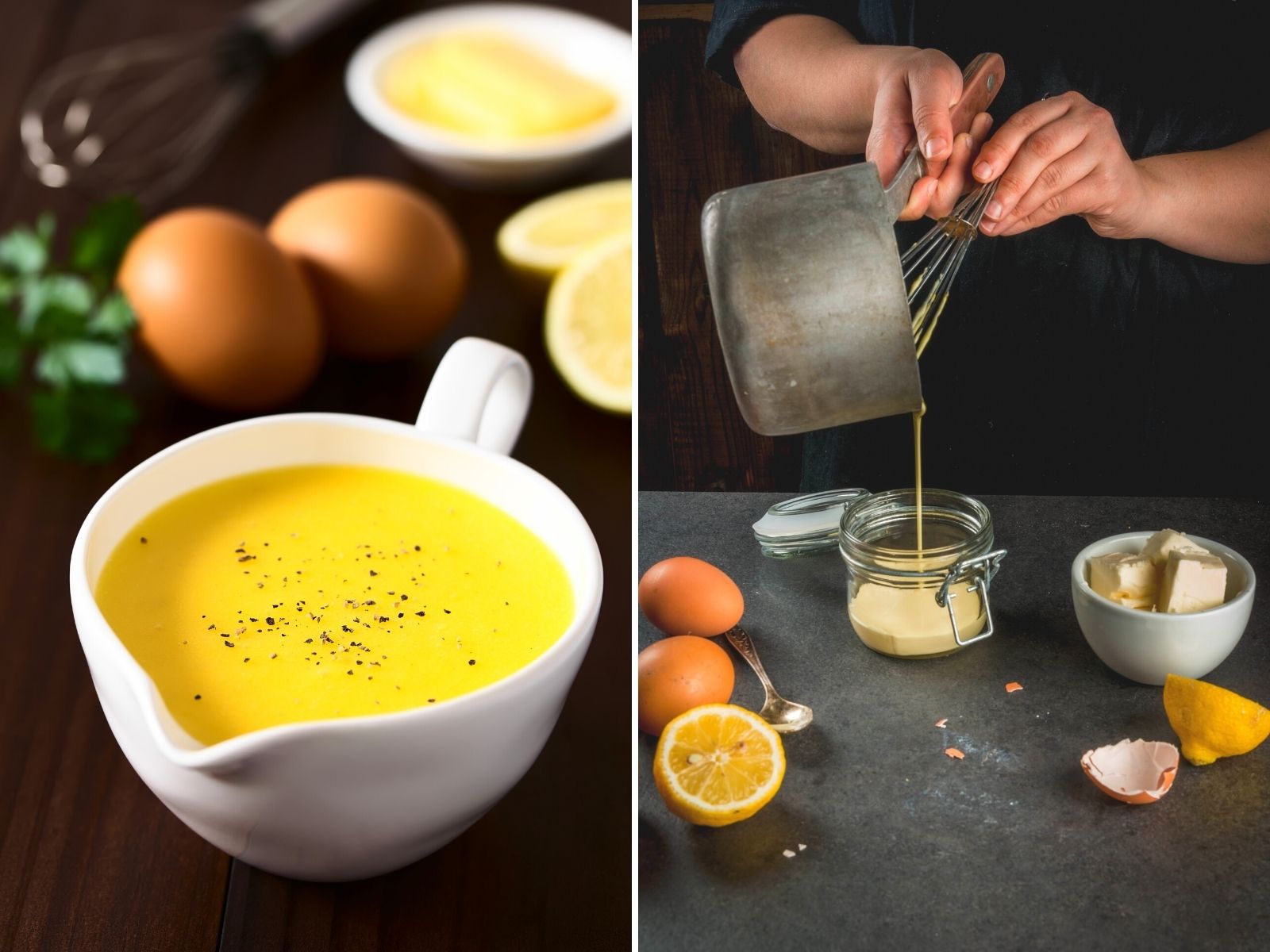 A great sauce starts with a great stock. Come join us for this unique online Sauce Making class demo where we will help you perfect your sauce-making from stock to finish. With the base of the French mother sauces as your building blocks, the options are countless. 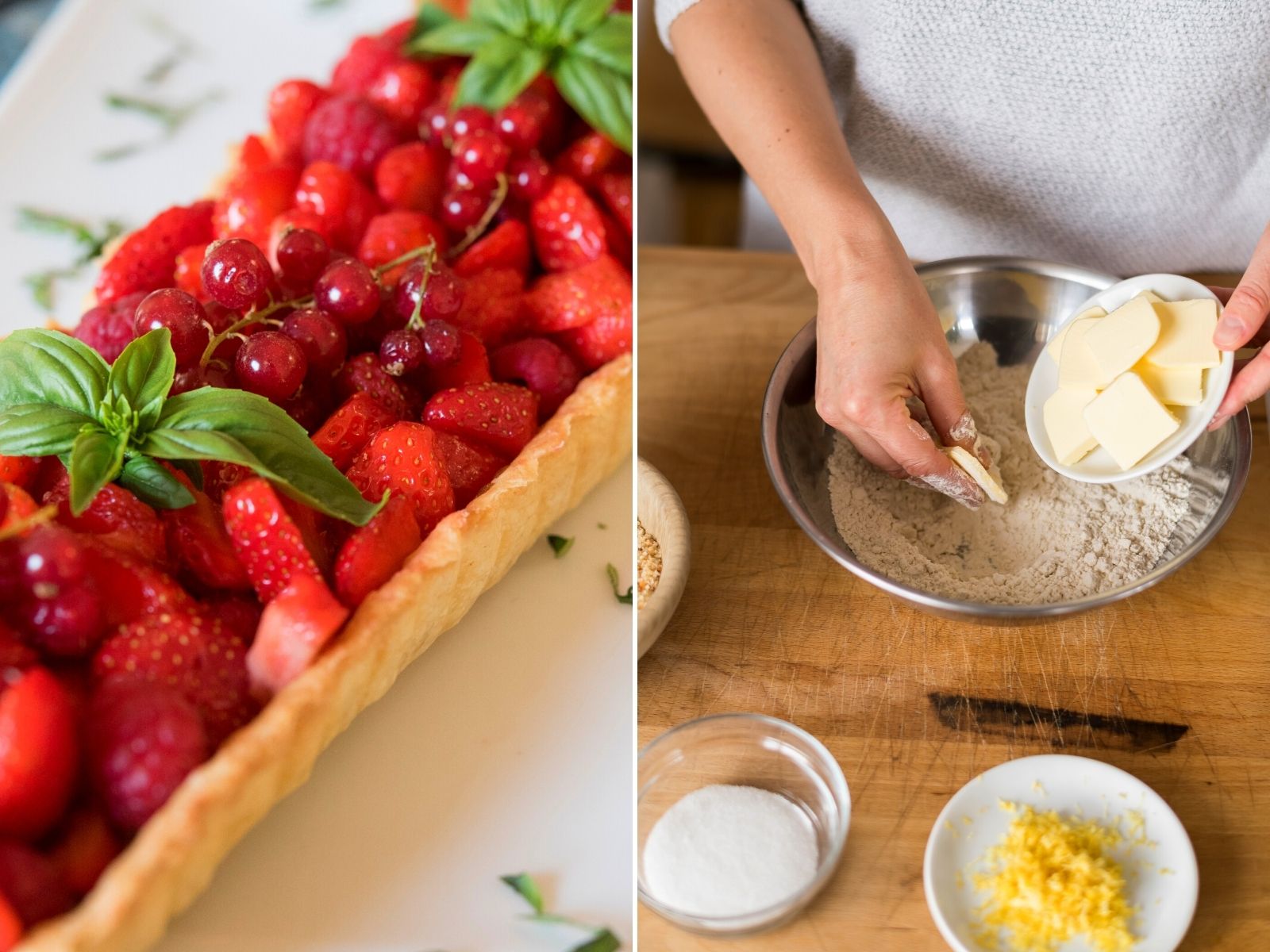 Perfect your French tart baking skills in a FREE online demo. Master French pie & tart doughs selected for their fillings as much as for their tastes. Learn the classic French tart recipes that you’ve seen in French pastry shop windows. Online and from your home kitchen. 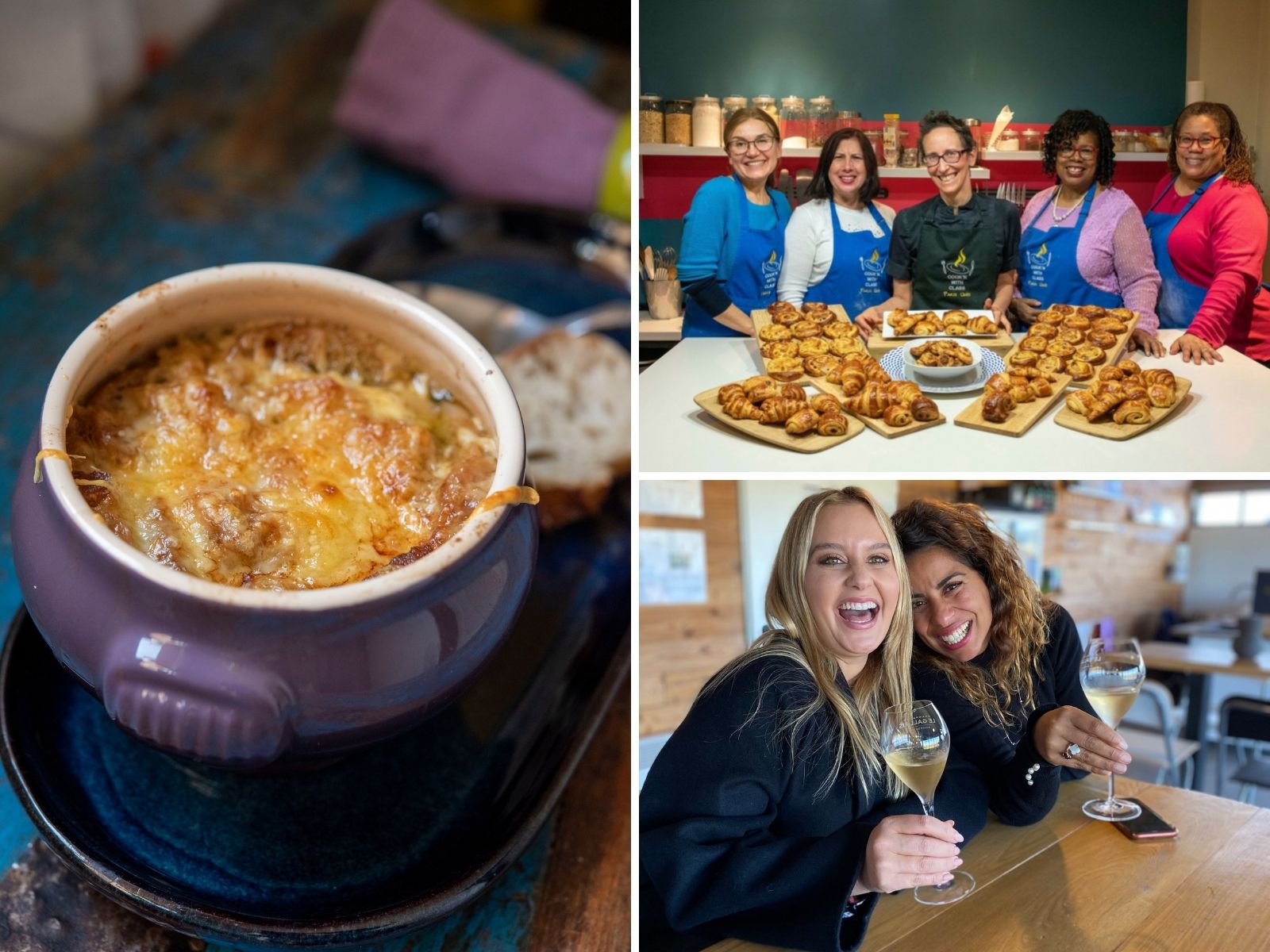 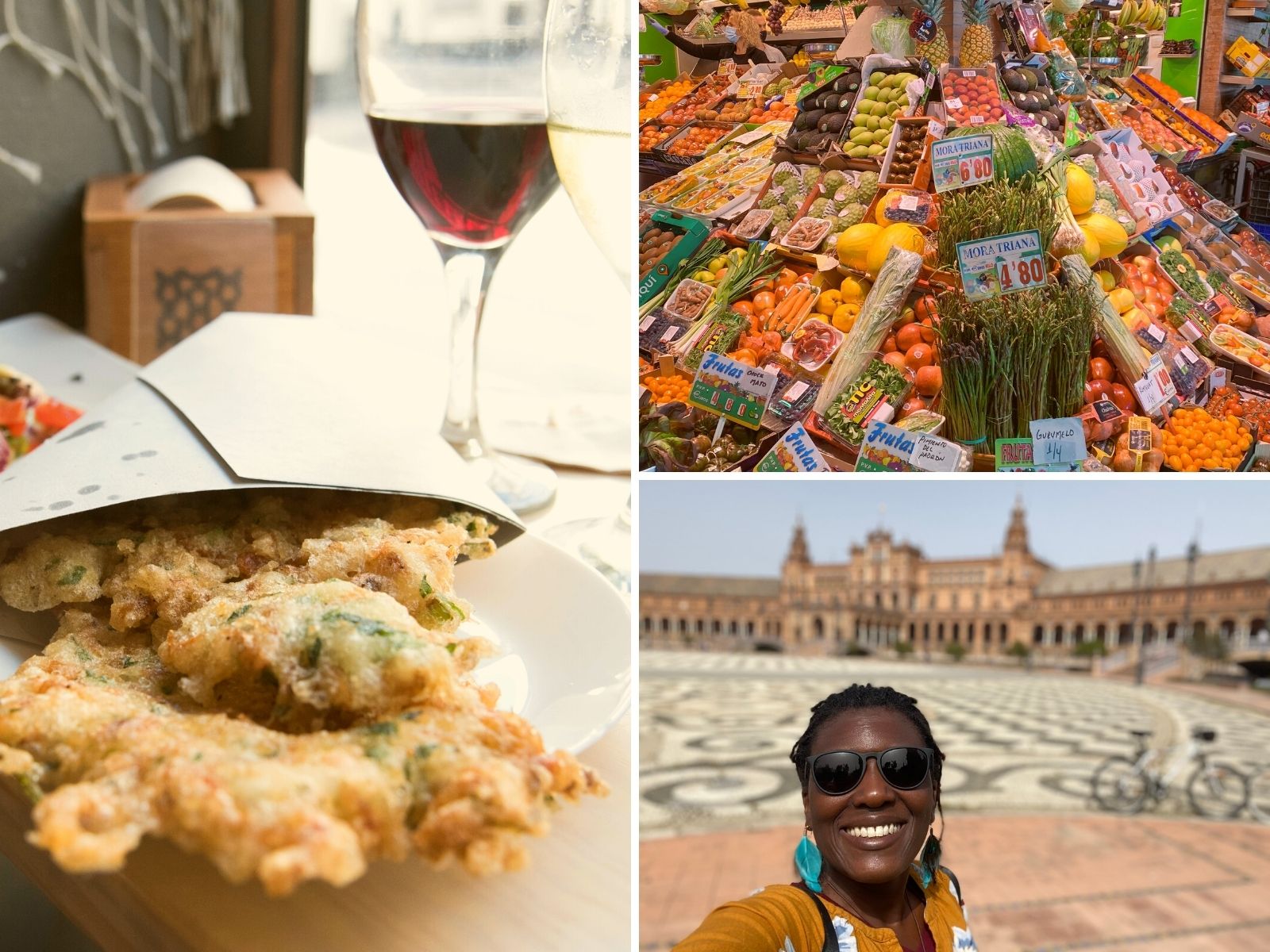 Seville, Spain is calling. Join your chef in this 4-days, 5-night Spanish cooking, tapas & wine tasting tour. A chance to discover the Andalusian capital through its food, music, & dance. Hands-on culinary holiday for cooks of all levels. 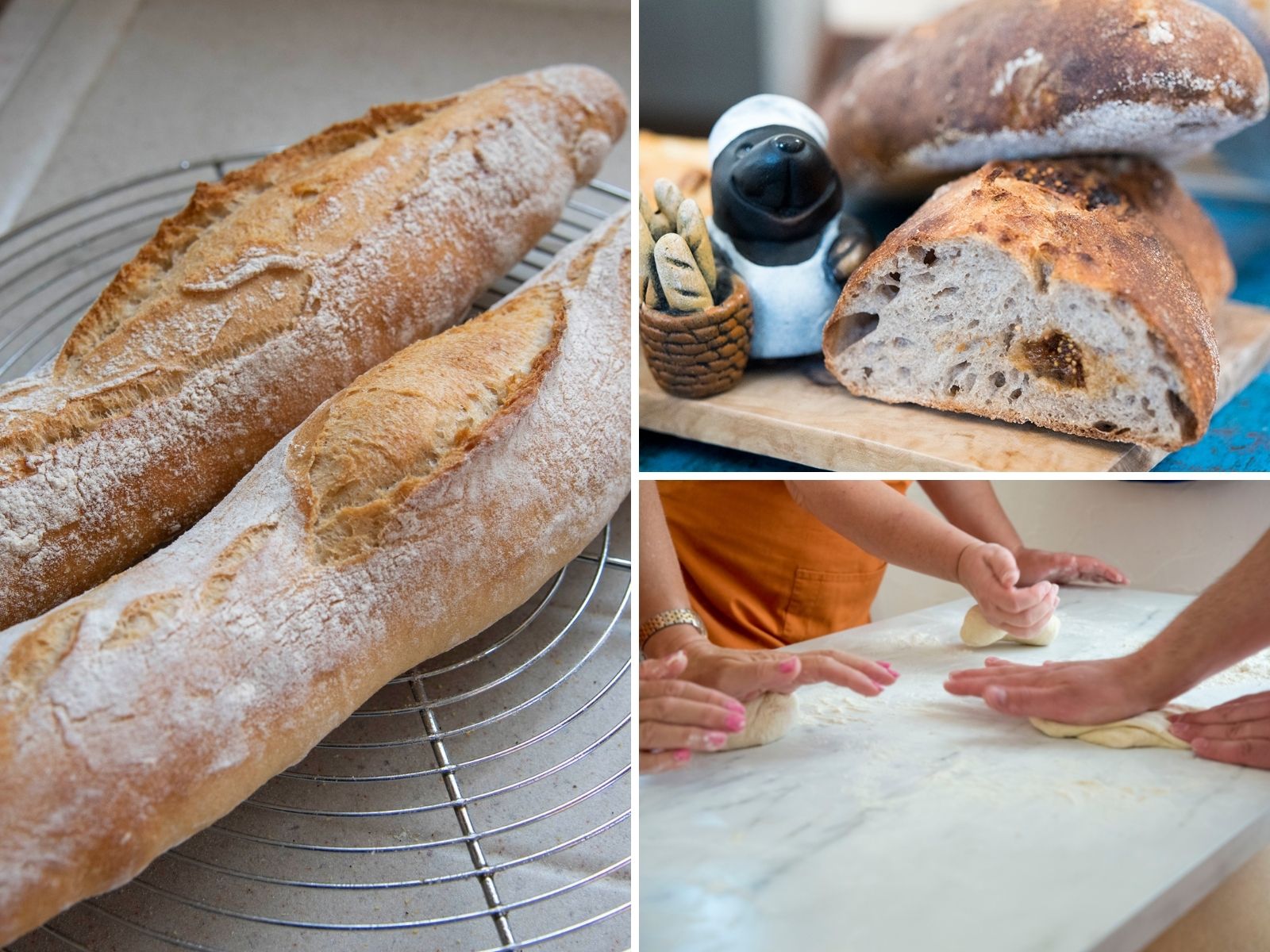 This 3-day Bread master class is perfect for anyone who would like to learn how to make, maintain and use a starter. Learn to make better bread at home like a pro. We’ll teach you the techniques you need to beef up your bread-making skills. Open to bakers of all levels.

This website uses cookies to improve your experience while you navigate through the website. Out of these, the cookies that are categorized as necessary are stored on your browser as they are essential for the working of basic functionalities of the website. We also use third-party cookies that help us analyze and understand how you use this website. These cookies will be stored in your browser only with your consent. You also have the option to opt-out of these cookies. But opting out of some of these cookies may affect your browsing experience.
Necessary Always Enabled
Necessary cookies are absolutely essential for the website to function properly. These cookies ensure basic functionalities and security features of the website, anonymously.
Functional
Functional cookies help to perform certain functionalities like sharing the content of the website on social media platforms, collect feedbacks, and other third-party features.
Performance
Performance cookies are used to understand and analyze the key performance indexes of the website which helps in delivering a better user experience for the visitors.
Analytics
Analytical cookies are used to understand how visitors interact with the website. These cookies help provide information on metrics the number of visitors, bounce rate, traffic source, etc.
Advertisement
Advertisement cookies are used to provide visitors with relevant ads and marketing campaigns. These cookies track visitors across websites and collect information to provide customized ads.
Others
Other uncategorized cookies are those that are being analyzed and have not been classified into a category as yet.
SAVE & ACCEPT
Our Shop is open!